The National Science Foundation (NSF) of the United States has reached an agreement with SpaceX through which Elon Musk’s aerospace company is committed to mitigating the effects of these second-generation Starlink satellites on astronomy. This announcement was made on January 10th, although the decision was made on December 2nd. But despite the agreement, some scientists plan to sue SpaceX to block the deployment of the constellation. Astronomers are outraged by SpaceX and say the company’s internet satellites are causing too much interference because of the light they put into the night sky.

Starlink is a constellation of satellites developed by SpaceX to provide internet from space to remote and underserved areas of the world. By July of last year, SpaceX had already launched more than 2,700 Starlink satellites, out of tens of thousands of planned satellites. Starlink already provides the only viable Internet access to many remote areas of the world, such as Ukrainian cities affected by the Russian invasion. Despite being an admirable project to connect the internet world, Starlink is not exempt from criticism, especially from astronomers who have seen its troubled activities since 2019.

Part of the problem is that Starlink satellites are positioned in low Earth orbit. They therefore appear particularly bright and move quickly across the night sky. Due to their large numbers, Starlink satellites have the potential to seriously disrupt terrestrial astronomy, for example by destroying a spectroscopic image or measurement as they pass through the telescope’s field of view. SpaceX tried to minimize this light pollution by covering one of the Starlink satellites with a dark material – thus creating “DarkSat” – but this caused problems in controlling its temperature. 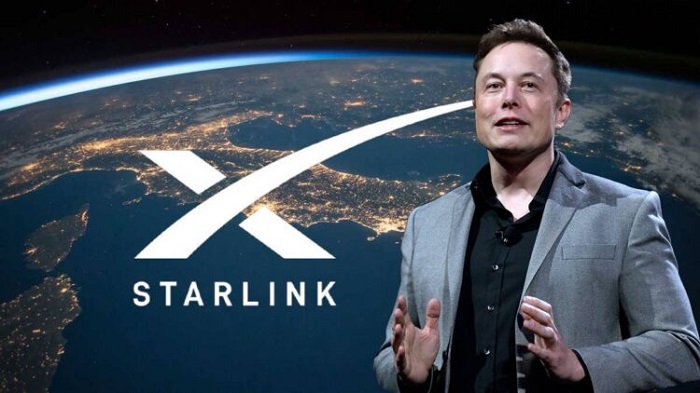 A few days ago, the NSF, which funds the operation of several large observatories in the United States, announced that it had entered into an astronomy coordination agreement with SpaceX concerning the second generation (Gen2) of its Starlink constellation, whose large antennas are supposed to reflect the light even more strongly. The Federal Communications Commission (FCC) granted a license on Dec. 2, allowing SpaceX to deploy a quarter of that 30,000-satellite system, while delaying examination of the rest of the constellation. This coordination agreement was a condition of the FCC’s Gen2 license.

“That’s what we wanted them to do, and that’s what they did,” said Richard Green, an astronomer at the University of Arizona who has led efforts to determine how satellite constellations might interfere with astronomy. Green noted that SpaceX voluntarily worked with NSF on this deal shortly before the FCC issued the license. As part of the deal, SpaceX has offered to dim the satellites down to stellar magnitude 7. This will make them invisible to the naked eye and reduce the impact on astronomical observations, but it doesn’t completely solve the problem.

According to experts, Starlink satellites could still interfere with sensitive astronomical instruments. SpaceX has also agreed not to launch when its satellites pass large radio observatories. Also, still under agreement with the NSF, the company has agreed to remove the Starlink satellites from a database called the “Laser Clearinghouse”, used by astronomers to determine when to turn off lasers used as stars. These lasers can dazzle or damage satellite optical systems.

SpaceX has determined that the lasers pose no risk to its Starlink satellites, and the NSF has said that by removing the satellites from the database, astronomers will be spared “multiple shutdowns” when Starlink satellites pass overhead. The agreement is voluntary because, in addition to the FCC’s requirement for such an agreement in the Gen2 Starlink license, there is no law or policy that requires SpaceX or other satellite operators to mitigate the effects of their constellation on astronomy. But that doesn’t mean the conflict between Musk’s aerospace company and astronomers is over.

The International Dark Sky Association (IDA), which brings together many astronomers, is still unhappy. In late December, she filed an appeal against the FCC’s decision. In its complaint, the association insists that the FCC violated the National Environmental Policy Act when it issued its license. In return, the state body insists that, in this case, it simply sees no reason for further scrutiny. It is a first for the IDA to use the legal system to resolve disputes. But in this case, we felt compelled to act,” the IDA said.

IDA filed a lawsuit with the US Court of Appeals for the District of Columbia on December 29 and is seeking to block the deployment of the second generation of Starlink satellites. The IDA says its members face a range of harms from the FCC’s decision to grant the Starlink license, including negative effects on amateur and professional astronomy and “decreased enjoyment of dark skies”. Meanwhile, a new threat has emerged for astronomers. AST SpaceMobile has begun to deploy its own constellation designed to provide direct satellite communications.

And its devices, the first of which have been in orbit since September, also have sizable antennas that could interfere with astronomers’ instruments. IDA is not the first organization to challenge a Starlink license from the FCC. Viasat has appealed an earlier FCC order amending SpaceX’s first-generation Starlink license, allowing for more satellites in lower orbits, alleging the FCC failed to comply with environmental law. A federal court rejected the appeal in August, ruling that Viasat lacked standing to appeal.

In your opinion, is SpaceX able to mitigate the negative effects of Starlink satellites on astronomy?

What do you think of satellite constellations aiming to provide Internet from space? Do they offer better connectivity?

In your opinion, do the advantages of satellite constellations designed to provide Internet from space outweigh the disadvantages?

Hundreds of astronomers warn that Elon Musk’s Starlink satellites could limit scientific discoveries and impact the human experience of the night sky.

Astronomers call for legal action over SpaceX’s light pollution, fearing the influx of satellites into Earth’s orbit could make observations on the ground difficult

Even if SpaceX tries to dim Starlink satellites to reduce their luminescence, they could still disrupt astronomy, according to a study by the American Astronomical Society.