The cold plasma catalytic reactor invented by this young French startup can transform COtwo into methane or agricultural waste gas into biofuel, hydrogen or ammonia. All at a much lower cost than the catalysts used today. 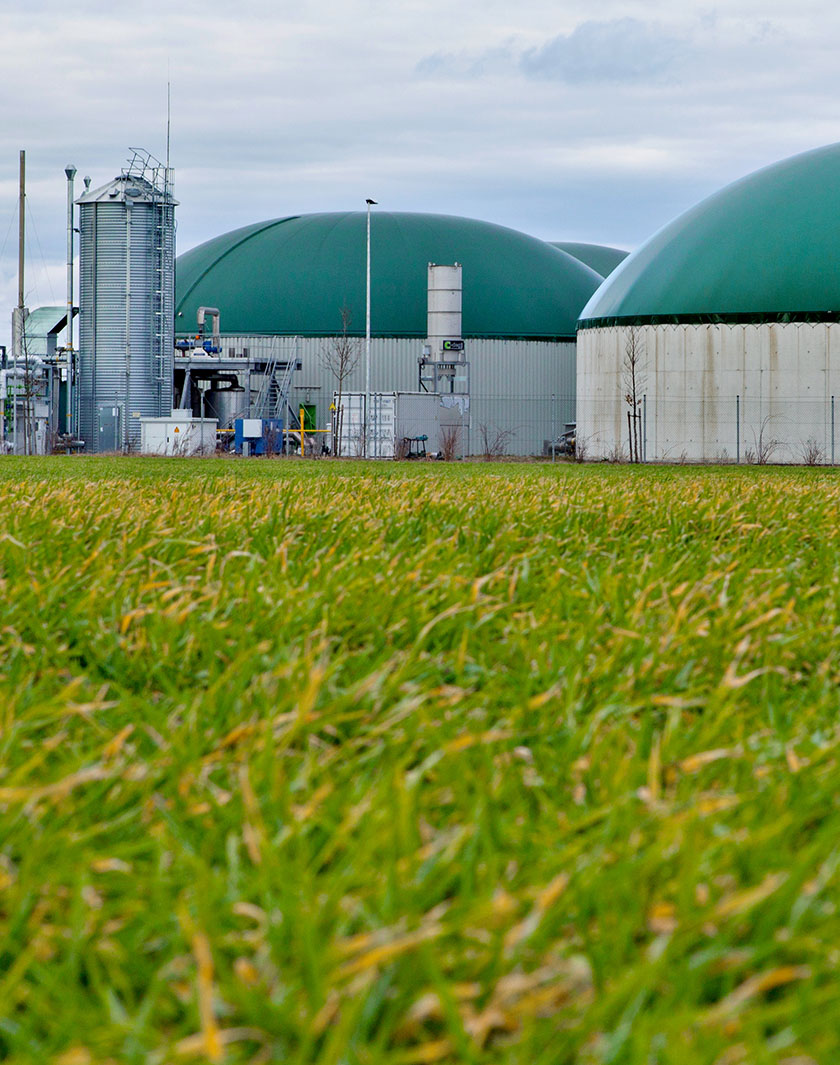 Producing renewable gas faster, cheaper and with carbon capture: this engineer’s dream is about to come true. And in just four years. In 2017, after a decade at Total, Vincent Piepiora is looking for a new challenge. He wants, if possible, to commit to an environmental cause and has his eye on the biogas sector. ” So I reconnected with my former teachers at Chimie ParisTechwho worked, between 2013 and 2015, on a catalytic plasma with quite impressive results for the conversion of COtwoin methane », says the trained engineer. A process that is undoubtedly obscure to laypeople in the field, but capital for the chemical and energy sectors. The methane produced is reinjected into the heating networks, thus avoiding the polluting extraction of fossil gas.

The technology developed by the researchers is based on two previously distinct operations. The first, catalysis, has been known for centuries. It is a process used in the chemical conversion of one material into another, often in gaseous form, through large filters containing various materials, often metallic, which increase the speed of the reaction. These are the famous catalysts.

However, until now, to get the material to react during catalysis, “ the gases were excited at a very high temperature and under high atmospheric pressure “. An extremely energy intensive process. This is where the second operation comes in, in which the Chimie ParisTech researchers replaced heating and pressurization. It is a DBD type cold plasma (dielectric barrier discharge) used since the 1950s for the production of ozone. Placed in the electric field located between two electrodes separated by an insulating barrier, the gases are stimulated by a constant bombardment of electrons, all at low temperature and atmospheric pressure.

Vincent Piepiora smells the many advantages of this process. He left Total and founded the company Energo in 2018, with the aim of developing these catalytic cold plasma reactors – a technology that has not yet moved from the laboratory stage to a planetary scale. Incubated two years ago at Chimie ParisTech, the company is raising 700,000 euros from private investors to develop, in 2020, an industrial demonstrator on a farm in the Oise. It’s a world first, protected by half a dozen patents.

Mixed with hydrogen produced on site by an electrolyser, COtwo emitted by the methanizers during operation, therefore, passes through the reactor to emerge as methane, which can be used directly in the network, as evidenced by an experimental injection carried out with the managers of the transport (GRTgaz) and distribution (GRDF) networks of summer 2022. “ Compared to current catalysts that perform the same transformation, ours is 50 times faster and 50 times less bulky », exults Vincent Piepiora. The absence of high temperature or high pressure also reduces regulatory and logistical constraints for factories or operations.

“Unlike industrial catalysts that must be installed in large sites to be profitable, ours is smaller and can certainly be deployed in large factories, but also in many smaller sites”, says Vincent Piepiora. Finally, another advantage, the Energo cold plasma catalytic reactor is, unlike conventional catalysts, completely insensitive to pollutants such as oxygen, humidity, sulfur or other volatile organic compounds sometimes present in the gases to be treated. This avoids costly upstream processing units and suggests possible use in a wide variety of fields.

Many fields of application

The operation tested in Oise belongs to the “power-to-gas” category, i.e. the creation of biomethane using electricity to produce hydrogen to mix it with COtwo. Energo also intends to use its technology for “waste-to-gas”, a process aimed at the gasification of certain waste, wood or plastic, to obtain gases loaded with various pollutants, which are then converted into methane and injected into the network. According to an Ademe report in 2018, energy-to-gas and waste-to-gas are expected to account for respectively 30% and 40% of France’s renewable gas mix by 2050, with the rest provided by agricultural methanisers. conventional.

“ We will produce renewable gas at around 60 euros per MWh, i.e. 20% cheaper than the estimated cost of power-to-gas and 40% cheaper than waste-to-gassays Vincent Piepiora. At this price, we are up to three times cheaper than the price of fossil gas today. ! » But the two operations are, at the moment, embryonic, leading Energo to look for more immediate exits in other parts of the market.

And mainly in the production of biogas. Many farms could, in fact, build installations to capture the gases emitted by their waste, but their distance from the gas network makes their conversion to methane unattractive, due to the cost of the connection. However, the raw biogas they can produce is of interest to Energo. ” We can recover all the biogas, composed of COtwo and methane, and transform it in our reactor into biofuel or hydrogen », explains its founder. Enough to find a way out of the huge dump of agricultural waste in France, which lies dormant on farms far from the gas grid. The young company is also capable of manufacturing ammonia, or other interesting components for green chemistry.

Either way, the startup’s environmental impact looks very promising. Prevent COtworesulting from the decomposition of agricultural residues – or smoke from factories – being released into the atmosphere, transforming it into a molecule of interest. “ The study we commissioned shows that our carbon footprint is negativeassures Vincent Piepiora. Our technology is a carbon sink! »

Shows and ecological interest that whet the appetite. The company recently entered into a partnership with Vinci Energies for the construction of a methanation reactor, based on the power-to-gas principle, with a capacity of 1 MW. It also piques the interest of industries and communities that use hydrogen or chemicals, as well as factories or farms that want to limit their carbon impact by finding an outlet for CO.two published.

Following the success of its demonstrator, Energo, now set up in the corporate branch in Hellemmes-Lille (59), now wants to change scale. It is preparing a fundraising of several tens of millions of euros aimed at expanding its facilities to install a production unit for its cold plasma catalytic reactors and launch a second demonstrator by 2023 and, finally, a first factory of industrial size . A little patience, again, for this promising technology to permanently interrupt the production of renewable gas and the destination of waste – organic or otherwise.