Even nature does not escape our desire to connect everything. Projects multiply to transform vegetation into digital data. We watch her, try to understand her and sometimes talk to her.

A family attends an outdoor concert at Singapore Gardens. Suddenly, a 270-year-old tree, measuring 40 meters, collapses on the crowd. The two children and the husband were injured. The 38-year-old woman died.

This tragic accident, which took place in February 2017, is an electric shock on the island, one of the most connected in the world. It is also a boost for Singapore’s 7 million tree digital monitoring project.

Switzerland is no exception. Pilot projects are on the rise. Because cities are home to more and more trees. They capture CO2 and cool the air. Planting trees is an integral part of cities’ adaptation programs to climate change.

But what about surveillance by new technologies? Large-scale trials are underway in seven French-speaking municipalities, Blonay-St-Légier, Corsier-sur-Vevey, Lutry, Morges, Pully, Sion and Yverdon. On December 1st, the first three sensors were installed in Yverdon, by the lake.

A large box, still under development, works like a connected watch. It is attached to the tree, 4 meters above the ground, by a simple strap. According to the creators, the device makes it possible to know in real time the health of a tree and its risk of falling. 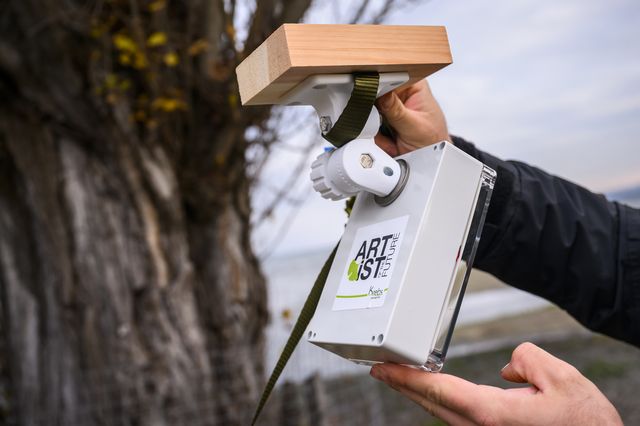 The sensor installed on December 1st in Yverdon [Jean-Christophe Bott – Keystone]In the event of a problem, a notification arrives directly on the telephone of the person responsible for the green spaces. Who can then query the data in an application. “We can see the evolution of the tree’s vitality. The curve is falling, because we are in a period of leaf fall, of winter rest”, explains Stéphane Krebs, creator of the project supported by Innosuisse.

“We can also visualize the static of the tree. If it moves a lot. Here, despite the wind, we see in the application that everything is fine.” The interest is twofold. Avoid accidents, but also help city officials in monitoring the health of trees.

Field inspections continue. Each of the 4,000 trees in Yverdon is checked at least once a year. It is a decision aid for the person who must follow through and sometimes make the decision to cull.

Even more surprising, some even use satellite imagery to automatically detect scratches. SBB must monitor vegetation close to the tracks.

There are obviously trees, which can fall, but also invasive plants that move the ballast. The inspectors go to the field and intervene. To facilitate the task and eliminate areas of risk, the CFF used satellite images to measure the vitality of the trees.

“The idea is to detect potentially diseased trees,” explains Nicolas Ackermann, commercial drone engineer at CFF. “We tested the method in small areas with good results. Then across Switzerland, also with relatively good results.”

But when it comes time to move to actual continuous monitoring of the health of trees near railroad tracks, the problems begin. “There’s still a long way to go. It doesn’t work well for all seasons or all regions. There’s still work to be done to make the algorithms robust enough to use.”

The main problem is being able to recognize the plant from the sky. The algorithm trains based on photos.

The plant asks for help

Monitoring a plant can also help it grow better. It is the objective of to live, a Waldensian start-up based in Gland. It is now developing a device capable of analyzing the needs of plants in its greenhouses.

If they want water or fertilizer, if they are cold or attacked by aphids, for example. Thanks to two small needles planted on the stem of a tomato plant, its algorithm decodes the electrical waves, the plant’s stress. The gardener can then step in and provide the proper care.

The next step? The plant commands itself to drink on its own, according to its needs. “If the plant tells us when it is thirsty, it can also activate watering”, explains Marina Martin Curran, head of sustainable development at Vivent. 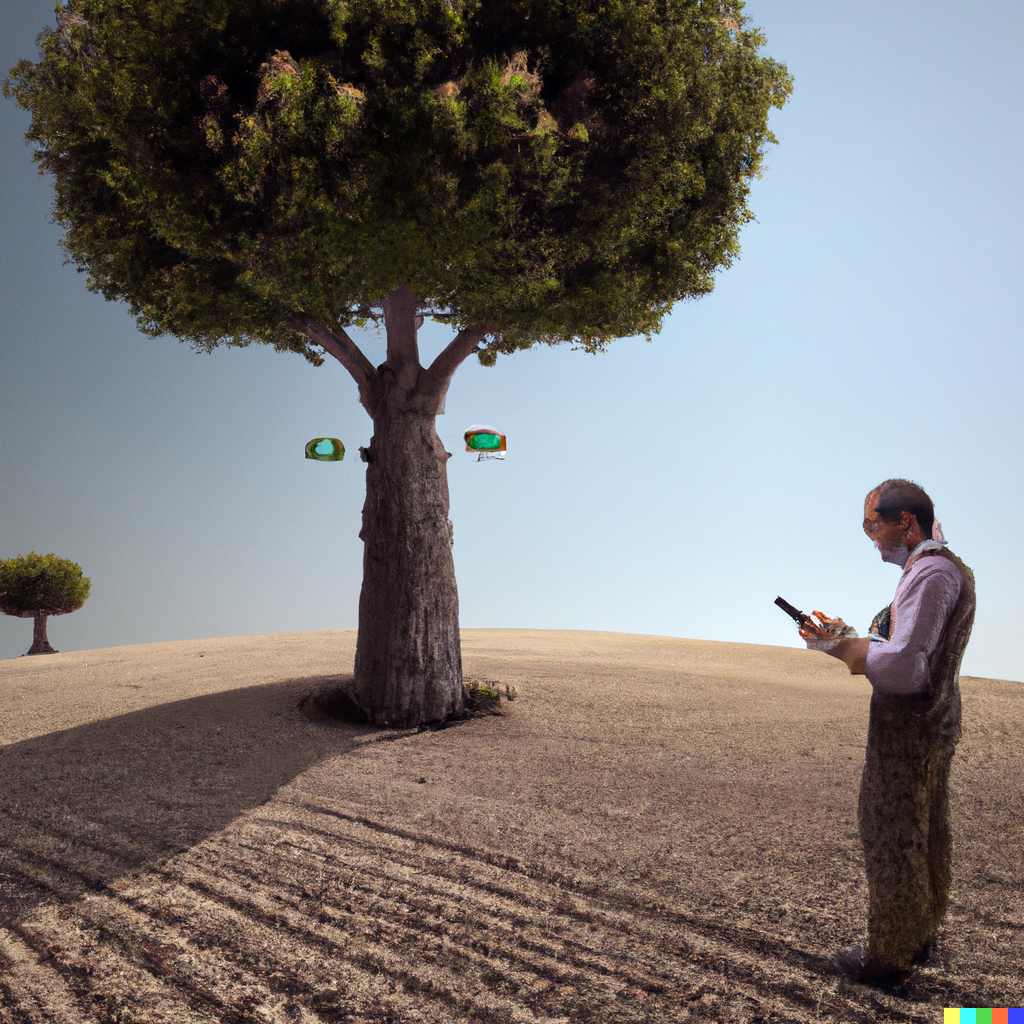 “When the plant reaches a certain level of stress, we can start an irrigation system. And thus be more conservative in the use of water for crops.”

Thus the plant consumes only the water it needs, without human intervention. For now, she still needs the pipe buried.