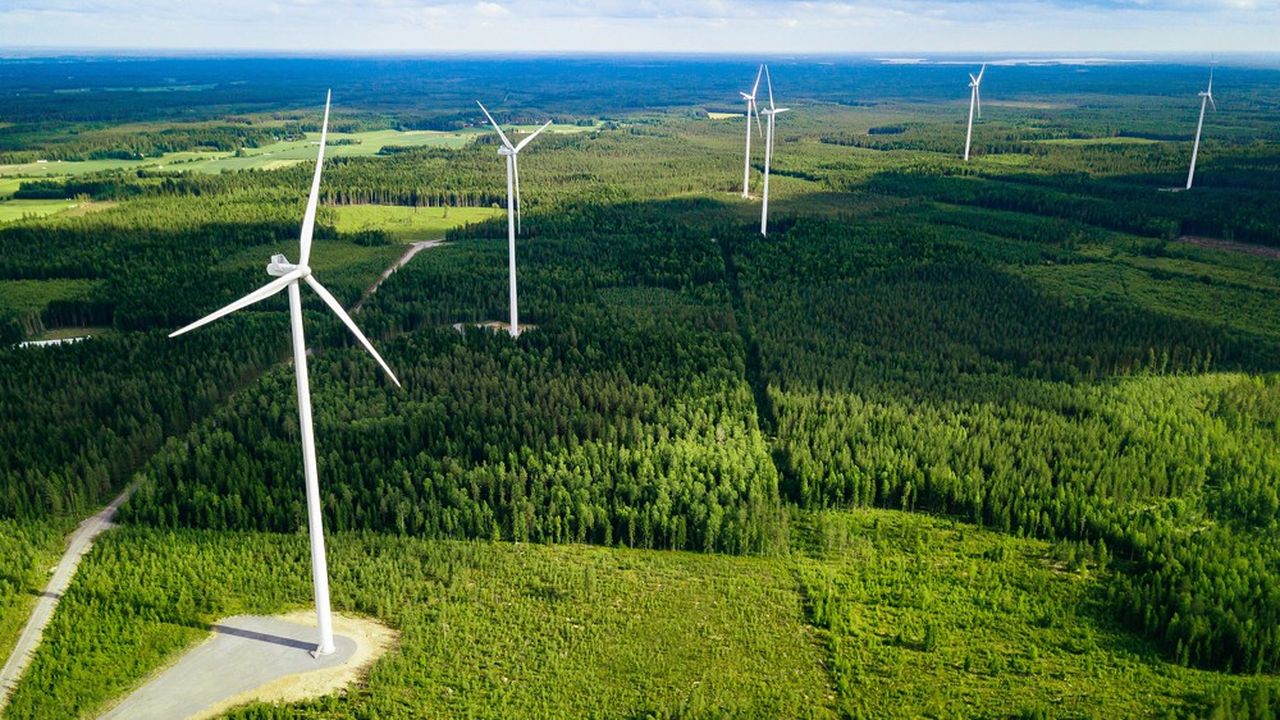 It’s a small market of 5.5 million people, but with big ambitions. As for Slush, one of the most important European fairs for start-ups that took place on November 17th and 18th in Helsinki. Then, with the huge proportion of offspring working for the climate and ecological transition, with a carbon neutrality target defined from 2035, against 2050 for France.

The country, surrounded by forests and lakes, benefits from a privileged location. “Finland is one of the most profitable countries in green energy, not necessarily in solar, but with excellent conditions from wind to wind or hydrogen”, says Helena Sanen, zero carbon head of Business Finland, a public body that supports, mainly financially, the start -ups in the country.

In Europe, impact investing is experiencing unprecedented growth and this is particularly true among Scandinavians (Norway, Sweden, Denmark, Finland, etc.). In this geography, the sector raised 5.5 billion euros in 2021, compared to 100 million in 2014, points out a recent study by the Global Impact Investing Network (GIIN).

They operate in all sectors, with a focus on circular economy, foodtech, energy and carbon capture. “Finland’s advantage is that there are many public funds available to finance industrialization and hardware. [matériel, NDLR] local,” comments Philippe Pépin, co-founder of the Finnish nugget Teraloop.

His start-up of around fifteen employees is developing a green alternative to electrochemical batteries for energy storage and has accumulated almost €10 million in funding with the majority of public funds (60%), the rest coming from business angels. After seven years of R&D, two pilot projects are underway, in Helsinki and Portugal, with a turnover target of one million euros next year.

“As the Nordics are a small market, their start-ups must go international quickly. However, the country has spent a lot of money to build technology infrastructure on climate and is ahead, for example, in electric vehicles in the country or in the management of green electricity”, adds Ashish Puri, partner at Lightrock, an impact investment fund.

Get inspired by nature

Its investment fund has invested in Kebony in Sweden (ecological and local manufacture of wood) or in Antec Biogas, a Norwegian nugget that produces biogas from organic waste. The circular economy and biomimetics are two of the pillars developed by start-ups in the region, such as Spinnova, which produces a fiber of biological origin from wood (75% of Finland’s territory is covered by forests), inspired by the silk created by spiders. “We can replace most of the cotton in the products”, says Juha Salmela, the company’s technical director.

With two factories in Finland developed in a joint venture with Suzano – its investor and partner – the start-up produces an annual capacity of 1,000 tons of this alternative fiber. “We are aiming for a commercial expansion next year”, continues the co-founder, with a target of 50,000 tons produced by 2024 and 1 million by 2031-2033. The company raised $135 million in its IPO last summer.

On the food front, Finnish nuggets go beyond plant-based alternatives and seek to recreate animal proteins in the lab. This is the case of Onego, which develops egg whites without the need for chicken, for manufacturers.

Still in the laboratory stage, its shoots intend to be exported first to the United States and produce there, by 2024, a country where sanitary approvals are easier to obtain than in Europe.

“We need a better way to produce this excellent protein, that of the egg, without the risk of avian flu and climate impact”, observes Maija Itkonen, co-founder of this start-up that raised 10 million euros.

Finland is the country with the highest concentration of deeptechs in relation to the size of its population and 37% of the amounts invested by venture capital funds are directed towards these start-ups.

> Fundraising, decryptions, key figures… In order not to miss any news from French Tech and start-ups, subscribe to our newsletter > Subscribe