Equipment now almost essential for an electric car, the heat pump has real advantages of use, especially in winter. But how does it work and why is having a car equipped with it a good idea? Questions that we will answer in this article.

Not very present, or even not at all, in the first commercialized electric cars, the heat pump has now become an essential technology for those who use their electric car daily and for all types of trips.

Even if some manufacturers still offer this system as an option today (average of just over 1,000 euros depending on the brand), the heat pump for an electric car has many advantages that justify this additional investment, at least when it is not available as standard.

What is a heat pump?

If your home is equipped with a heat pump, approximately the device present in an electric car is approximately the same. At least for your mode of operation. The device usually allows you to transfer thermal energy from a cold source to a hot source.

In other words, the heat pump acts as a heater to increase the temperature of the target medium. technically, the pump compresses cold air under high pressure to produce heat, and uses the calories contained in the cold outside air in winter to generate heat inside. It is also possible to do the opposite, that is, to acclimate the passenger compartment using the calories contained in the warm outside air.

The principle of air conditioning and heat pumps is to exploit the temperature changes associated with the compression or expansion of a gas. It is a physical principle of the law of conservation of energy which states that when you compress a gas, it heats up and when you expand it, it cools down.

Why use a heat pump?

In an electric car, engine running does not produce enough heat compared to a heat engine, for the simple and good reason that an electric motor is much simpler in its design, mainly with fewer moving parts, less friction and, consequently, less heat produced. The same goes for the fuel combustion process, which also generates heat.

In an electric car, there is always an air conditioning circuit, as in a thermal model, but no heat engine to heat the water and therefore the air. Engineers therefore have two technical options: electrical resistors or a heat pump. Electrical resistors, there were some models that were equipped with them, especially in the early generations of Tesla, but they were very energy intensive and were quickly replaced by heat pumps.

What are the advantages of a heat pump?

Above all, the heat pump makes it possible to efficiently heat the interior of an electric car. Indeed, a heat pump allows reduces heating energy consumption by 3 to 4 times compared to conventional resistors. Thus, this system finds its place in an electric car where autonomy is an important factor and where the cabin heating can obviously influence it.

The heat pump is almost essential nowadays, especially in cold countries where the energy consumption of the resistors can become very high in winter. Set to 20 degrees in cold weather, an average heat pump consumes less than 500 watts, while a conventional heating system consumes about 4 to 6 times as much, or 2,000 to 3,000 watts.

In other words, if you’re stuck in a traffic jam with your electric car and a full 50 kWh battery, you can last 100 hours with a heat pump or 25 hours without the option. 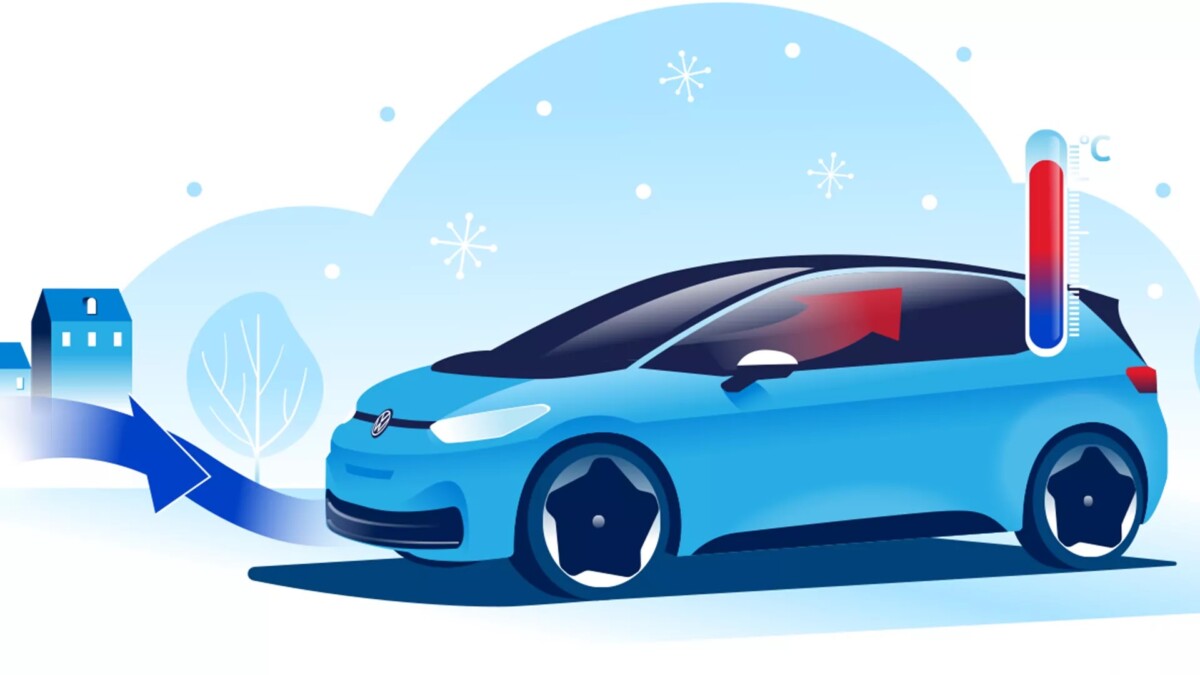 Another advantage, this time technical, is the fusion between the air conditioning circuit and the heat pump. It’s also thanks to this that the resistors didn’t last long, even if, in fact, there are sometimes some extras to speed up the heating, the heat pump circuit needing some time to get going.

The circuit can therefore generate both cold and heat, and is quite suitable for an electric car with complicated thermal management. Is it really necessary to regulate the temperature of the battery, the electric motor and the cabin, thus heating some things and cooling others, and what better than a 2-in-1 system?

And no, we haven’t forgotten, but this temperature management allows you to more or less optimize autonomy. In fact, a very cold battery provides less current, while it cannot be recharged quickly and under the best conditions. And this is also where a heat pump differs from a preconditioning system.

What is the difference between the heat pump and the preconditioning system?

The preconditioning basically consists of warming the battery to a suitable operating temperature. This functionality may require between 15 and 20 minutes for early electric models, half for newer models.

If the battery is not hot enough, the driver can face various embarrassing situations: reduced regenerative braking power, lower engine power or longer charging time in fast chargers. That’s why Kia has just updated its EV6. 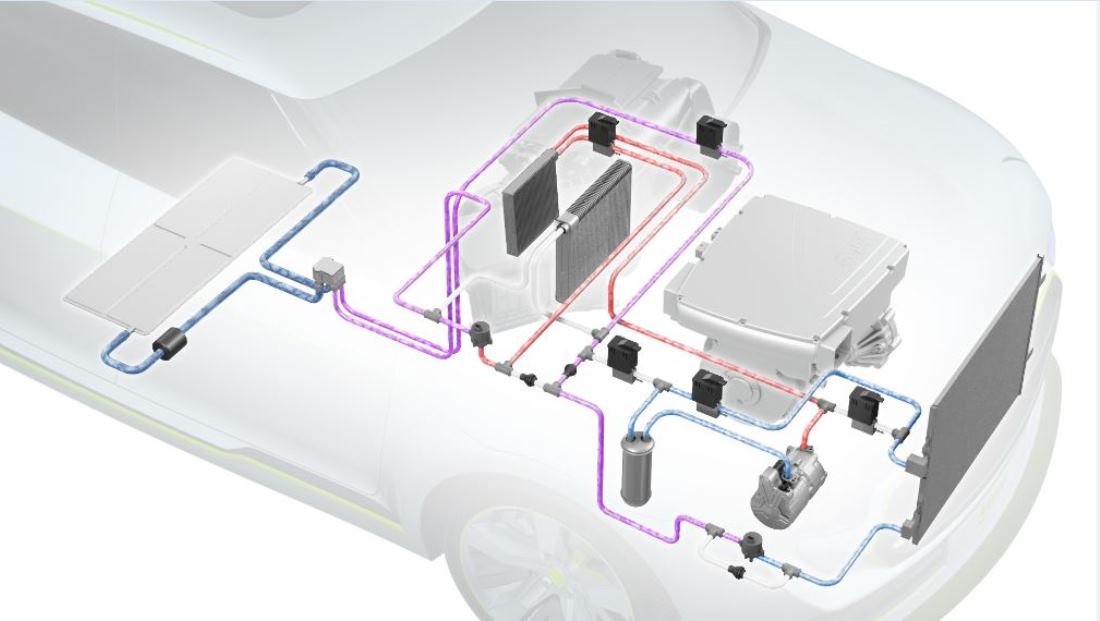 specify that This feature is primarily reserved for electric vehicles equipped with a liquid temperature control system. When heating the coolant in the battery, the battery also heats up.

The counter-example is Tesla: the battery not only heats up thanks to the liquid that surrounds the cells, but thanks to the motors that “turn” in a vacuum. These demand energy from the battery, which is spent “unnecessarily”, allowing the cells to heat up on actuation, in addition to heating the coolant, which also heats the battery.

Precondition the battery or the cabin?

It is also possible to precondition a vehicle’s cabin, again via a manufacturer’s app, for example. It is better to do this operation with the car plugged in to avoid using the battery: as the passenger compartment will already be hot when you enter the car, the battery will only need to maintain temperature. So it will be used less and this will save you some precious kWh during the trip. 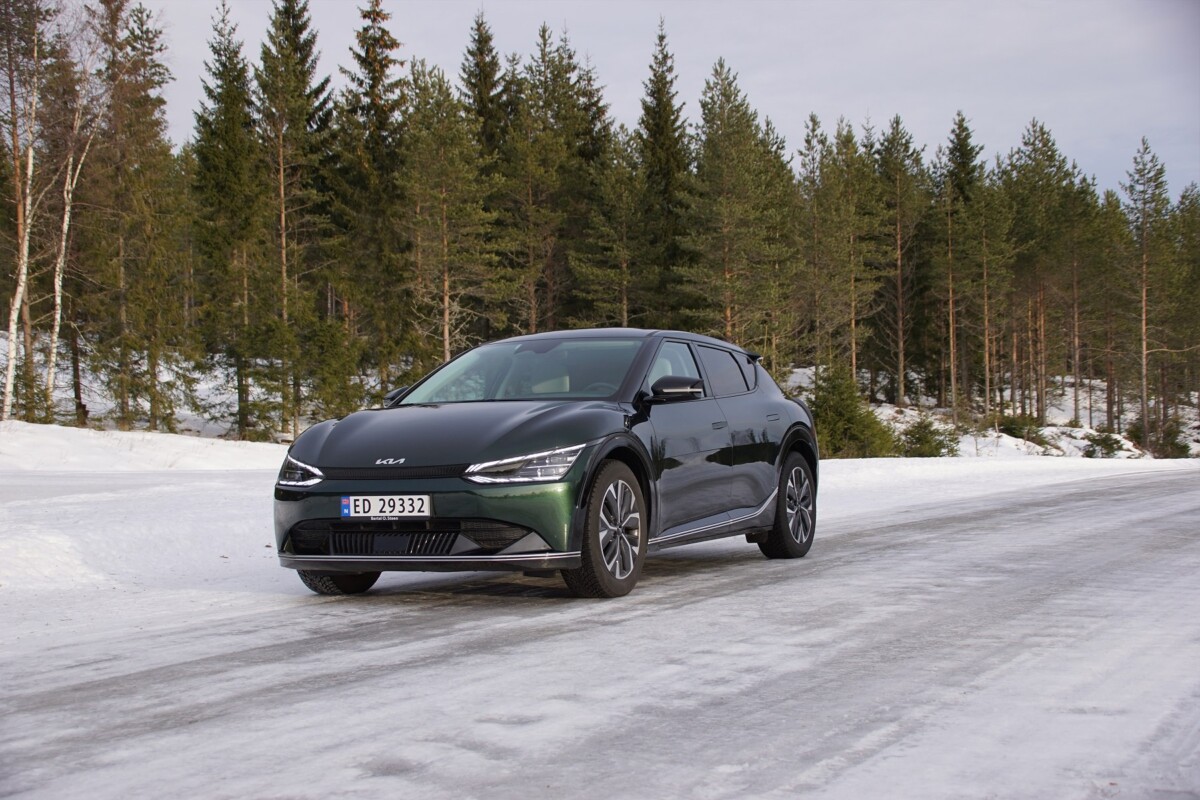 At Tesla, for example, battery preconditioning is done automatically when you insert a fast charger into the destination GPS. The battery is then heated thanks to the motor that rotates in vacuum, to have an ideal temperature to be able to accept the fastest possible charge. Otherwise, the charging power will be less.

Also at Tesla, cabin preconditioning on new models equipped with the octovable (a heat pump) uses battery heat to heat the cabin.

A system that still needs to evolve?

As Elon Musk has explained on several occasions, but also more recently the boss of Renault, putting large batteries in electric vehicles will not always allow you to go further, for the simple reason that the weight of the battery will also affect the consumption in kWh.

Battery optimization is therefore also a key element, and manufacturers are increasingly looking for technologies that make it possible to exploit all the energy stored. The heat pump is an excellent example, and this technology is still evolving.

Renault, for example, recently patented a new heat pump system for the Mégane E-Tech. Your battery is always at the ideal temperature, as this can be regulated by circulating hot water from the electric motor in cold weather and lowered by circulating cold water from a chiller in hot weather.

Even better, engineers from the diamond company have optimized this system when it is necessary to heat the cabin when temperatures are unfavorable for energy storage and load maintenance. According to them, conventional heat pumps are not efficient enough for long journeys on expressways. The heat pump developed by Renault more efficiently recovers the heat generated by the battery and the engine to ensure thermal comfort in the passenger compartment, minimizing the impact on autonomy.

According to Renault, below 10°C outdoors, the heat recovery system generated by the battery and the electric motor offers several advantages, including efficiency, as this system requires half the energy of a conventional heat pump. In addition, the gain in autonomy on the highway can reach up to 9% according to the manufacturer.

Electric cars don’t like winter. You’ve probably heard this phrase before, and while it’s true, in practice it’s not that simple. We will detail in this file the impact of…
See More information