The Mondial de l’Auto in Paris opened its doors to journalists on Monday, October 17, for the 2022 edition. Here are the 15 electric cars not to be missed at this show.

After four years of absence, the Mondial de l’Auto is making its grand return to Paris for this 2022 edition. This year, many brands are absent (Audi, BMW, Mercedes, Volkswagen, etc.) well present … and the Chinese too! In fact, they intend to reach Europe en masse thanks to the electric car, and this is already being felt. Here is the list of 15 electric cars not to be missed during this Paris Motor Show 2022.

Chinese giant BYD, world number 2 in electric car sales behind Tesla, is coming to Europe and, in particular, France. Its most talked about model is the Atto 3, an electric SUV whose prices start at 38,000 euros. Enough to overshadow European competition! 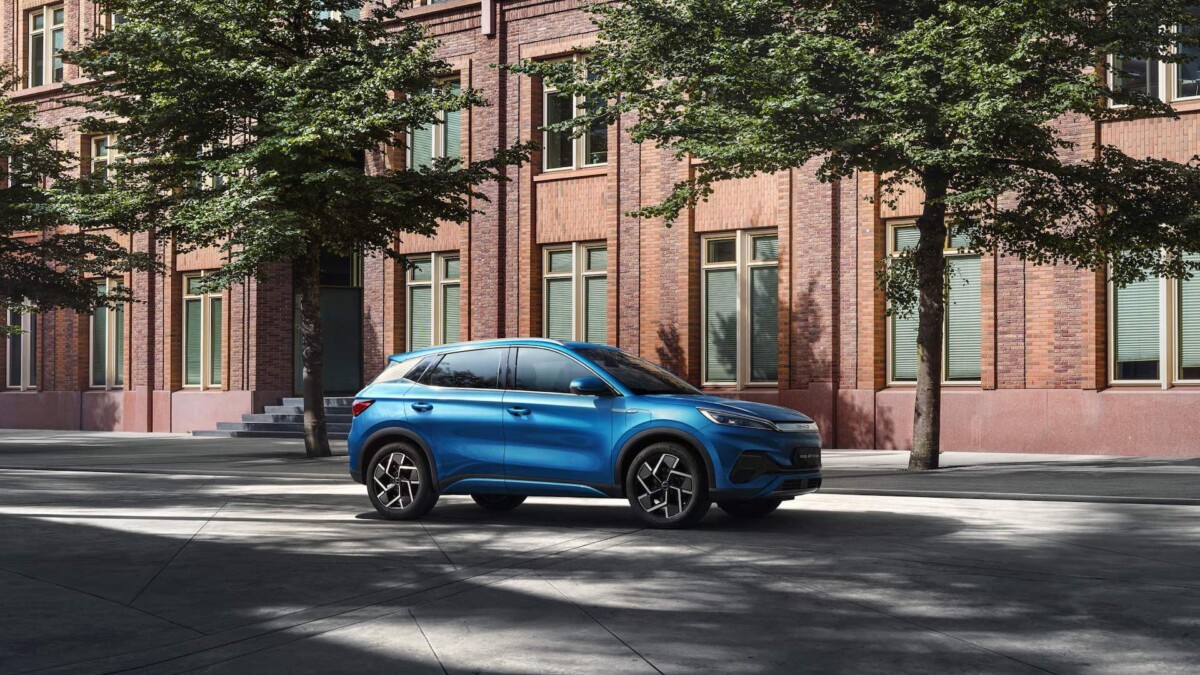 But the Chinese manufacturer didn’t come up with just one car. There will also be a long, luxurious Han sedan and the large Tang SUV. Two models that will start at 72,000 euros, to compete with the big names in the area such as the Tesla Model S and Model X.

We continue with a Chinese manufacturer, Great Wall Motors (GWM). The latter will showcase the Ora Funky Cat, a compact electric car that can outshine the Fiat 500 or the Renault Mégane E-Tech. We had the opportunity to board, and it is true that it leaves no one indifferent! It should arrive in France after Germany and the UK, between the end of 2023 and 2024.

Chinese manufacturer LeapMotor arrives in France with the T03, a compact electric car that wants to compete with the Dacia Spring. It is rumored that its price would be around 20,000 euros. However, the manufacturer would not officially arrive with a distribution network, but through a French importer from Toulouse. Enough to test the French market. 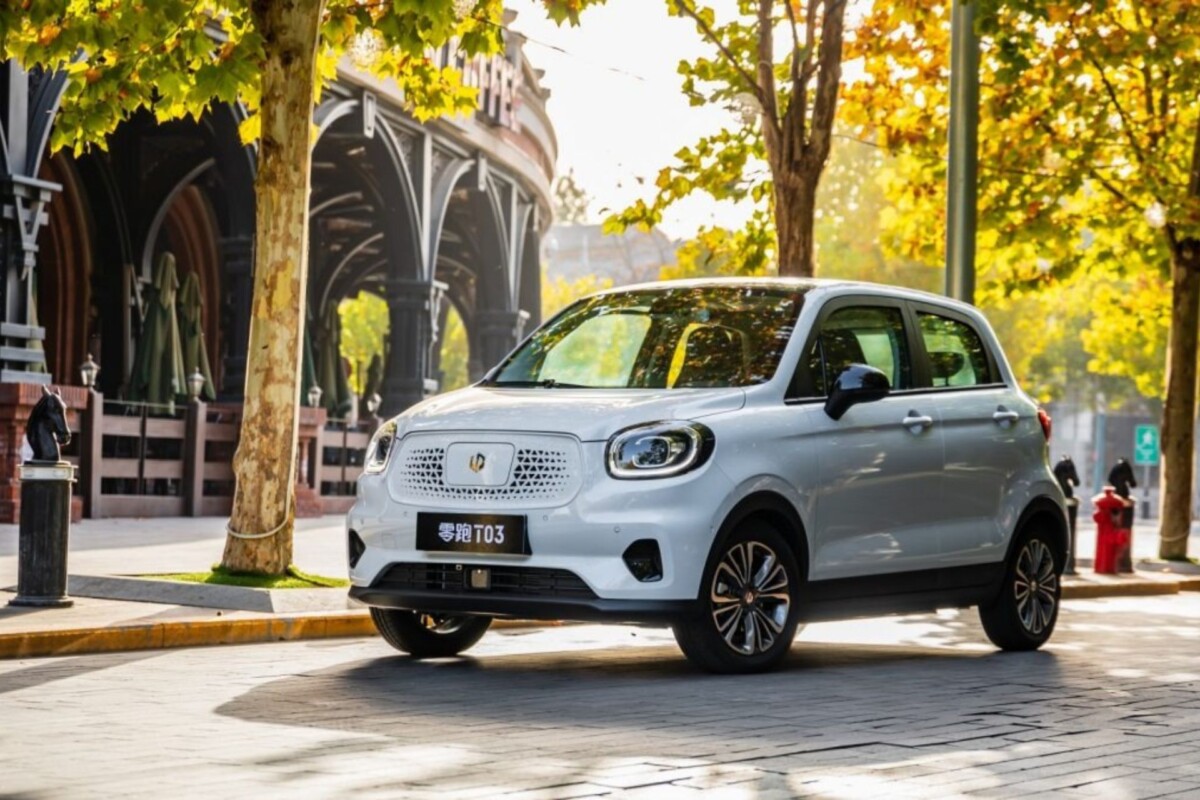 We continue with Chinese manufacturers. The XEV Yoyo is a kind of Citroën Ami with an interchangeable battery. However, it requires the B1 license, accessible from the age of 16, as it is a heavy quadricycle. A small car cut out for the city and now available in France. 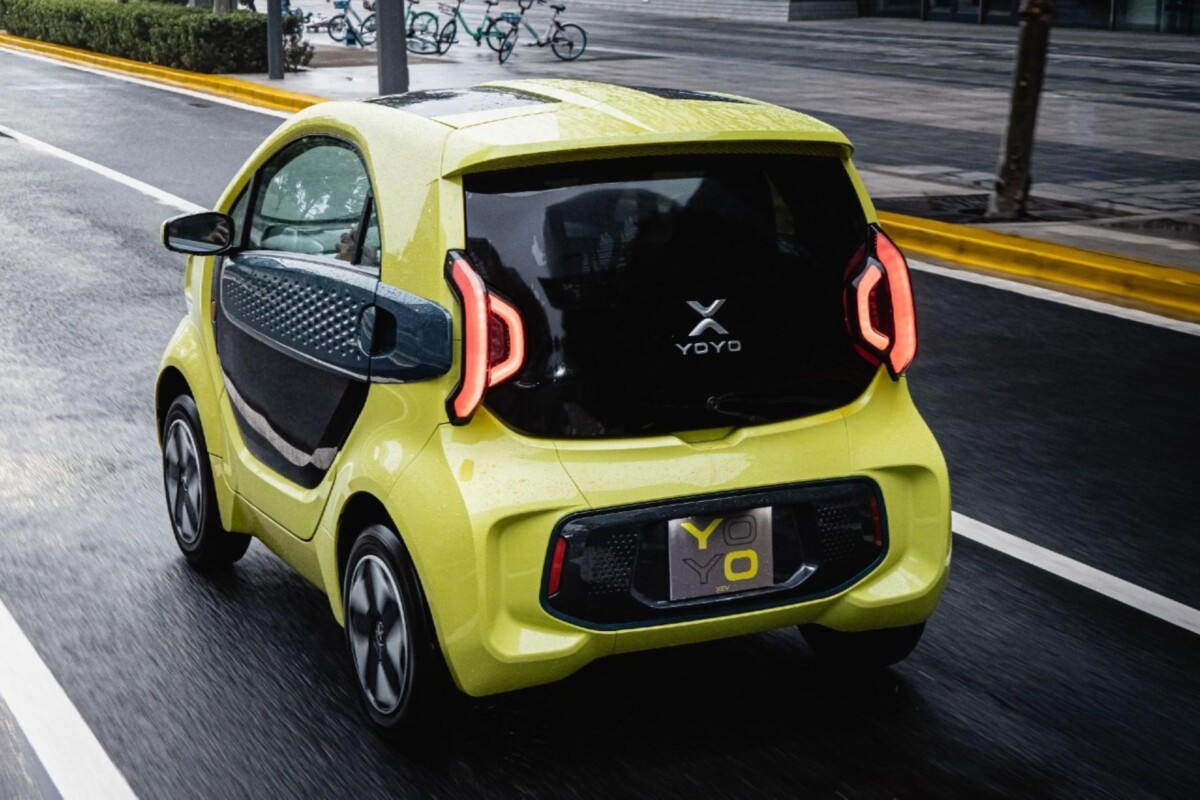 We stayed in the microcar with the Israel City Transformer CT-1, assisted by the French from Segula Technologies. A very innovative electric car, as it is a folding model, or rather transformable. In fact, its modular architecture makes it possible to increase the width of the undercarriage from 1 m to 1.40 m. Speed ​​is limited to 45 km/h in the first case or 90 km/h in the widest mode.

The Microlino can be a success. It is indeed a heavy quad, accessible with the B1 license from 16 years old. There is a very generous trunk for the size of the machine. Its unusual design and its two seats should delight city dwellers.

We already know the Scotter Silence S01 which has an excellent quality/price ratio. Now the Spanish brand will exhibit its electric minicar, the Silence S04. With two different versions: one limited to 45 km/h and which can be driven from 14 years old, and the other, limited to 90 km/h, accessible with a B1 license from 16 years old. What comes to shade the Citroën Ami. Your advantage: a portable battery, to be recharged at home.

That’s it, the first electric Jeep is finally here, in the form of a compact SUV for Europe! His name: Jeep Avenger. It will be marketed during the year 2023. It is not a crossing Jeep, as it will be necessary to wait for the Jeep Recon that should not be present in Paris. 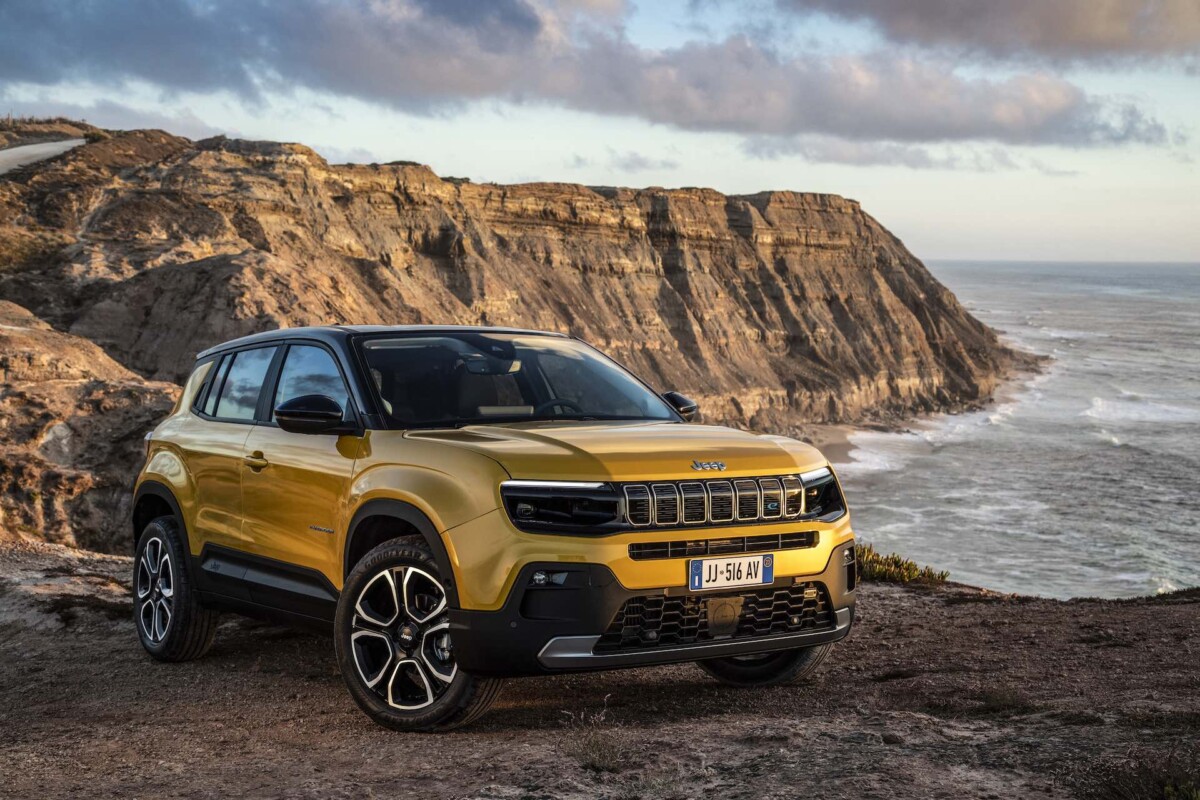 We continue in SUVs with the Fisker Ocean with its sunroof. We had already managed to get on board at the beginning of the year, but the version that will be shown at the Paris Motor Show must be decidedly top of the range, the Fisker Ocean Extreme. It starts at €69,950 with a range of 630 km, or €41,900 for the version with a range of 440 km. Forecast to arrive in France in 2023.

The Vietnamese brand VinFast intends to pressure European manufacturers at the Paris Motor Show, with four electric cars: the VF 7 and VF 8 that we already know, but also the VF 6 and VF 7, with a format much more suited to the European format. There will be a press conference, perhaps to announce the arrival of the last two in France.

Renault: the return of the 4L and R5

Renault does not come empty-handed. The French manufacturer will show off its R5 Turbo 3E, which is allegedly a sample of the future electric Renault 5. But also and above all a 4L electric concept. Of course, there will be the Scenic Vision concept we already know, as well as the new Kangoo.

We can also mention the Mobilize Duo, which replaces the Renault Twizzy. 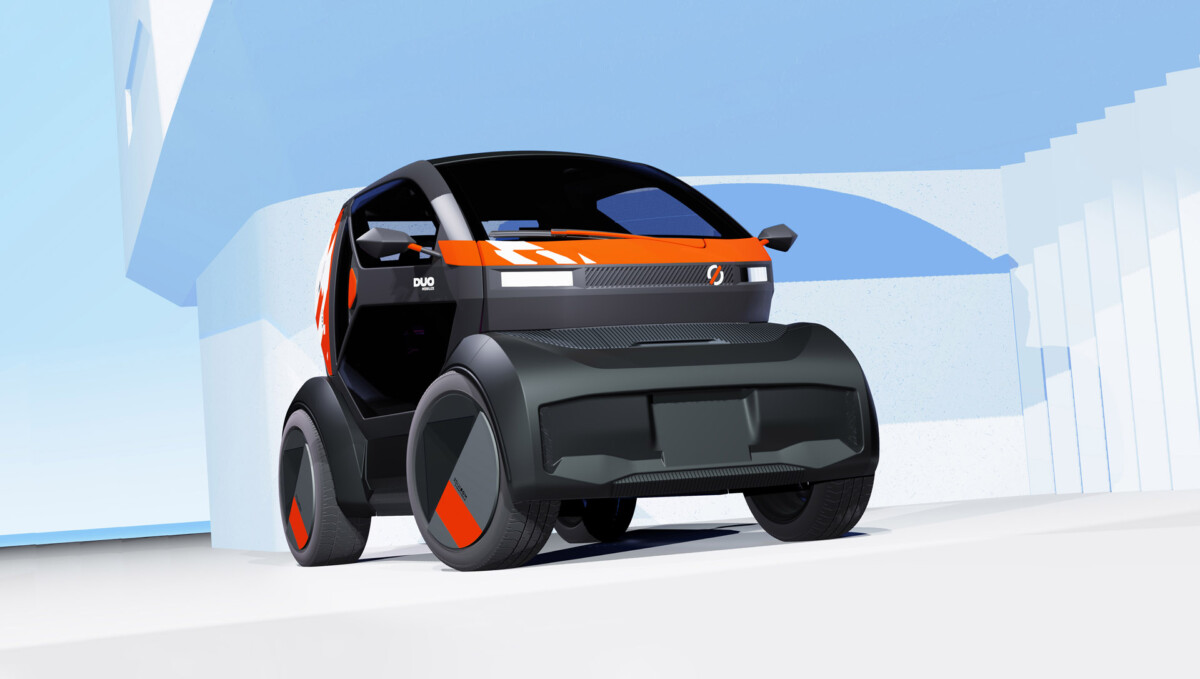 We close this overview with the two French hydrogen cars: the Hopium Machina and the NamX. The first is a sports sedan, while the second is a coupe SUV designed by Pininfarina. 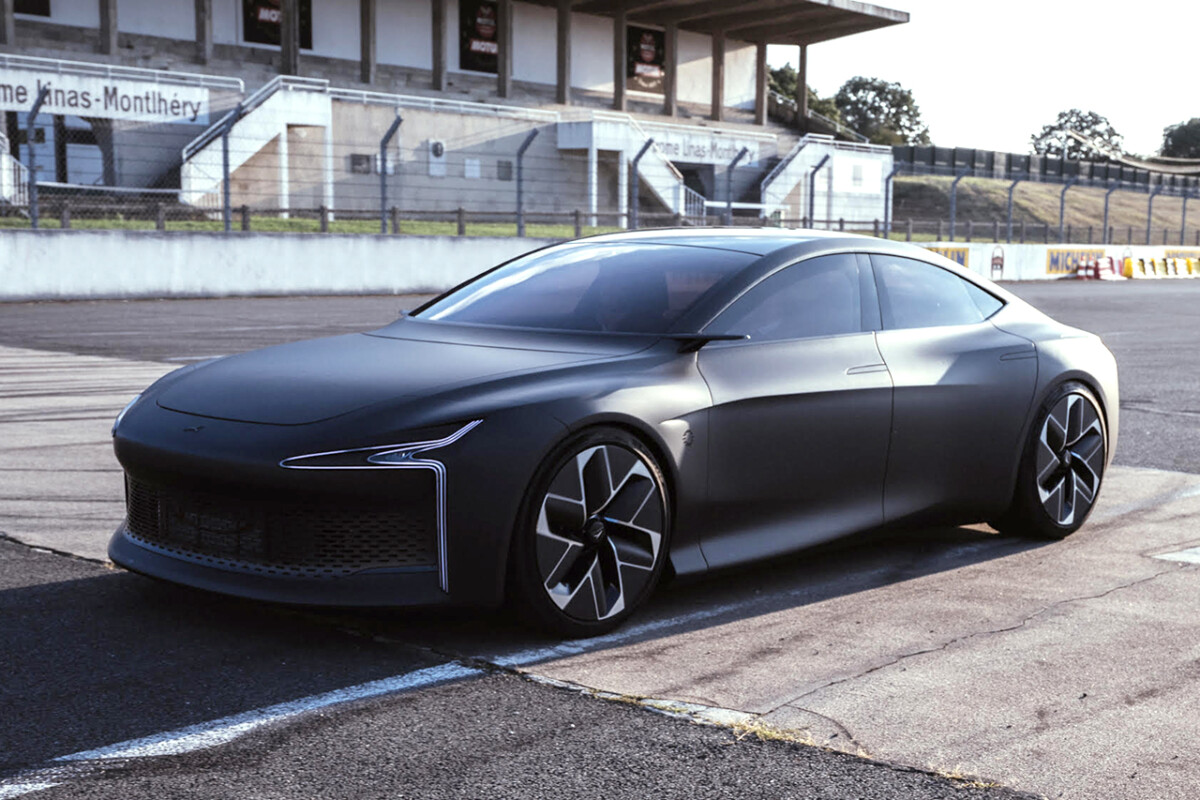 It should be remembered, however, that hydrogen cars do not seem to represent the future of transport. In fact, hydrogen is more reserved for modes of transport for which batteries are not ideal, such as air or sea transport. Although hydrogen is also rapidly arriving for long-distance road transport, with semi-trailers.

Technologically competitive, cheaper, truly ambitious… Chinese electric cars are coming. Chinese manufacturers have been worrying the industry for years, suddenly they are here. We have selected six cars that will mark the French market.
See More information