ELON Musk threatened to cut the vital satellite internet service used by Ukrainian soldiers – and suggested it was because an ambassador was being rude to him.

A letter from his company SpaceX warning that it will end the Starlink service came days after a furious explosion in Crimea and the tycoon’s alleged ties to Vladimir Putin.

Musk caused outrage earlier this month with a Twitter poll suggesting a “peace” plan that involves Kyiv ceding Crimea and Donbass to the Kremlin.

This sparked a furious Twitter argument with President Volodomyr Zelensky, who accused him of siding with the tyrant Putin.

He posted his own poll on Twitter asking, “Which @elonmusk do you like best? Who supports Ukraine (or) who supports Russia.”

And Kyiv’s ambassador to Germany Andriy Melnyk tweeted bluntly: “Fuck you is my very diplomatic response to you @elonmusk.” 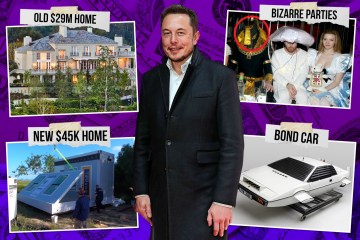 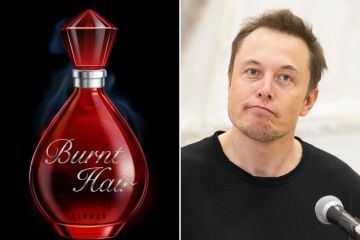 The fury grew even greater after Musk called Putin, who told him he would use nuclear weapons to hold Crimea.

Musk then rejected Kyiv’s demands to expand Starlink to the peninsula, apparently because he feared it would trigger a nuclear war.

Musk, the richest man in the world, was hailed a hero in Ukraine after providing 20,000 Starlink terminals for use on the battlefield.

Ukrainian troops are relying on the devices – which connect to the internet via Musk’s satellites – after Russia cut ground communications.

But in recent weeks the service has been hit by mysterious blackouts, forcing soldiers to halt their counterattacks in the south and east.

And last night, word broke that Musk’s company had threatened to shut down the service altogether unless the Pentagon paid tens of millions of dollars.

Documents seen by CNN claim that SpaceX has already spent $80 million and can no longer fund Starlink in Ukraine.

SpaceX also said the service could cost an additional $400 million over the next 12 months and suggested that US taxpayers foot the bill.

Musk appeared to confirm this in a tweet today, responding to a Kyiv reporter who linked the threat to the ambassador’s “f*** off” comment.

The billionaire’s supporters accused him of being “stingy”.

Another said, “Not a very good advertisement for a service that many MoDs might consider and that ends up being dependent on a person’s ego.”

Starlink was hailed as a “game changer” for Ukrainian defenders, who relied on it for real-time information to counter Russia’s superior firepower with rapid movements across the battlefield.

Musk’s satellite terminals were seen on armored cars and mobile artillery units on the front lines.

More recently, Starlink has proven vital for forces to retake swathes of Russian-held territory in Kharkiv and advance deep into Kherson in impressive advances.

However, the troops encountered an obstacle amid widespread blackouts.

The FT reported that the outages resulted in a “catastrophic” loss of communication.

Sources told CNN that the communications blackout affected the entire frontline on September 30.

One said: “It affected all the efforts of the Ukrainians to overcome this front.

“Starlink is the primary form of communication for units on the battlefield.”

Troops had no notice of the unexplained blackouts – leaving them potentially vulnerable in combat, it is claimed.

The source added that when troops clear an area, they must request that Starlink services be activated.

Musk hopes his Starlink network can provide internet coverage around the world, although reports say he has agreed not to include China.

Just a few weeks ago, he boasted that another 52 satellites had been successfully launched into orbit, bringing the total to over 2,300.