In an electric vehicle, there are more electronic components than in a thermal model.

And so-called power electronics (inverters, DC/DC power converter) play a key role in engine control, energy management (in vehicle and braking) and charging speed. It’s a skill France is lucky to have, in both the public and private sectors. 35 research laboratories (with over 800 researchers) and 24 R&D centers are working on this topic in France. They are working on new components based on silicon carbide and gallium nitrate, which will help reduce component size and allow for higher voltage. It is essential that national industrial players master this aspect, in order to be able to offer more efficient and… less expensive vehicles.

Two years ago, the electronics sector (ACSIEL) and the automotive sector (PFA, FIEV, SIA, competitiveness clusters) decided to mobilize together with the ambition to build a French power electronics team. The ambition was to become a world leader in this field. A dedicated program was created to preserve France’s innovation capabilities and respond to major changes in the automotive sector.

An expanded effort within the framework of France 2030

An envelope of 15 million euros made it possible to finance projects carried out by national manufacturers (Renault, Stellantis), equipment manufacturers (Valeo, Vitesco) and semiconductor manufacturers (STMicroelectronics, Soitec). But since then, the government has stepped up efforts.

Taking note of the shortage of components, last July it presented a new electronic strategy within the framework of France 2030. And suddenly, more than 5 billion euros are dedicated to the development and industrialization of electronic technologies. The effort is global and includes both the relocation of semiconductor production (low consumption) and the development of components dedicated to power electronics. The aim is to increase production capacity by around 90% in France by 2026-2027.

In addition, the State decided to support major innovation projects and initial industrial deployment within the framework of Important Projects of Common European Interest (PIIEC), with an additional 10 billion euros.

Valeo and CEA will collaborate

Teams from the French equipment manufacturer and CEA (Atomic Energy Commission: a major research actor, specializing among other things in energy transition) will together carry out advanced research on innovative electronic technologies.

Its ambition is to improve the range of electric vehicles, optimize the drivetrain and reduce the weight of the on-board power electronics.

Within this cooperation, Valeo will benefit from its expertise in electrification, which is one of its areas of expertise. It already works in power electronics, in which it is one of the world leaders. In turn, the CEA will be able to provide you with its knowledge of microelectronics and materials, as well as digital technology, to simulate and optimize conversion systems.

For its part, Renault announced during the summer a partnership with Vitesco, an entity resulting from the Continental group and headquartered in Toulouse. The objective is to develop a unique power electronics concept on the market.

In the form of a single box (“One Box”), the aim is to create an electronic unit that combines all the components: the DC-DC converter, the on-board charger and the inverter. This concept will also allow a significant gain in compression (-45% in terms of volume), which will reduce the mass on the way.

With this, future Renault electrified vehicles in service will be able to offer more space and comfort to passengers. The configurations and assembly of the various basic components will be adapted to the types of motorization (electric or hybrid). The development of this “One Box” is planned from 2026.

In addition, Vitesco Technologies will supply Renault with a “High Voltage Box”, which will combine the DC/DC converter and charger, for battery-powered electric vehicles from 2025. The diamond-shaped brand sees this as an opportunity to strengthen its knowledge of the electric value chain and further anchor the technological and industrial developments of the electric vehicle in France.

A global approach to the future

Returning to the electronics plan for 2030, the ambition is to develop components that consume less energy and use less rare earths.

Thus, future 10 nanometer ST semiconductors will be 4 times more powerful and will need 4 times less energy. They can also manage other functions. Tomorrow’s “chips” will support, for example, computational power, new sensors and will have to take into account new modes of communication (5G, 6G).

The automobile will be one of the main outlets for these innovations, in particular for the new electrical and electronic architectures. The French electronics sector is growing and will experience an increasing need for recruitment in the coming years, at all levels of training. But today, he does not dream and struggles to recruit. A peak!

While we are mainly talking about batteries, electric motors and voltages of certain materials, not to mention the shortage of semiconductors, another issue is power electronics. 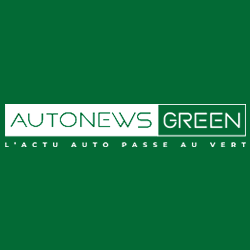