Monstrous traffic jams are daily life for Israelis, whose country is touted as one of the worst in this area, but artificial intelligence and its algorithms can help combat the phenomenon, according to an Israeli high-tech company.

This sector is increasingly interested in the automotive industry and a fair on smart mobility called “EcoMotion”, which promotes more efficient and greener transport, was recently held in Tel Aviv.

Among the companies present was ITC (Intelligent traffic control), which develops software capable of collecting real-time data from surveillance cameras along the roads and manipulating traffic lights according to traffic flows.

“ITC has been able to mathematically prove that many traffic jams can be avoided if we intervene early enough,” explains Dvir Kenig, who is responsible for technologies at this company, citing a 30% drop in congestion at two intersections where the system was installed above.

Dvir Kenig (R), CEO and co-founder of ‘ITC’ (Intelligent Traffic Control), speaks during the ‘EcoMotion Week’ trade show on May 11, 2022 in the coastal city of Tel Aviv. (Credit: JACK GUEZ/AFP)

The company says it wants to respond to a scourge that affects the entire world, estimating that the average driver is stuck three days a year in traffic jams, a major source of greenhouse gas emissions.

Traffic control is a particularly important issue in Israel, where “transport infrastructure is seriously lacking compared to most other” developed countries, the Organization for Economic Co-operation and Development (OECD) indicated in a report published in 2021.

“Road congestion (in Israel) is one of the worst” in OECD countries, according to this report.

According to Meir Arnon, founder of the ‘EcoMotion’ fair, the growing global interest in smart mobility has allowed Israel – which calls itself a “start-up nation” due to its bubbling high-tech sector – to become a major player. of the automobile sector, while the country does not manufacture any.

“Cars have changed,” he told AFP. “It used to be metal, wheels and radio, but today those things don’t matter. »

“What differentiates car manufacturers today is the driving experience (…), the ability of the vehicle to adapt to the driver”, he continues.

According to him, the technological systems developed by the army and the private defense sector in Israel, especially in the areas of surveillance, communications and sensors, have become essential for automakers.

READ: Why are there so many traffic jams in Israel?

With more than 600 tech startups – “second only to Silicon Valley” – Israel has become “a hub” for smart mobility, says Arnon, noting that 35 international car companies are present in Israel, including US giant General Motors. . GM).

“The future of vehicles is outside of vehicles: in the cloud, on our phones,” says Gil Golan, head of GM’s technical center in Israel, which he describes as fertile ground for “innovation.”

Rider Dome, another company at the EcoMotion fair in Tel Aviv, specializes in road safety: its cameras installed on the front and rear of motorcycles use artificial intelligence to alert drivers to hazards around them. 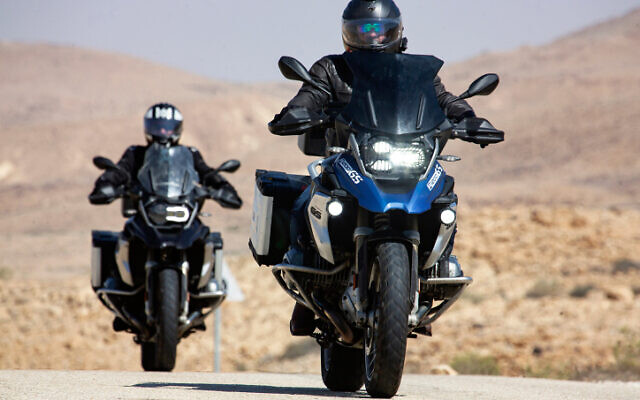 “Driving assistance has become standard on almost all cars, but it doesn’t exist for motorcycles,” explains its director, Yoav Elgrichi.

But if Israel really wants to excel in automotive technology and maintain it, it will have to invest in engineering, according to Lisya Bahar Manoah of Catalyst Investments.

For her, it is necessary “as in Europe and particularly in Germany and Austria, to create vocational schools” specialized in the mobility sector.

“Israel needs to think now about how to get more engineers to support the start-up environment. We must adjust our school system accordingly,” she said.

According to the latest annual report by the Israel Innovation Authority, the high-tech sector, which employs 10% of the national workforce and accounts for nearly half of the country’s exports, is in decline, claiming that the Jewish state has registered a continued decline in start-up creation for two years.

That’s what we work for every day: to provide discerning readers like you with relevant media coverage of Israel, the Middle East and the Jewish world. Unlike many other media, our content is accessible for free – with no paywall appearing from the first paragraph. But our work is becoming more and more expensive. That’s why we invite readers, who can and for whom Israel times in French has become important, support us by joining the community of Israel times in French. For the price of your choice, once a month or once a year, you too can contribute to this quality independent journalism and enjoy ad-free reading.