Denis Granjou publishes “Elon Musk, changing the world” in the City editions. SpaceX, Tesla, PayPal… All these successes are the work of one man: Elon Musk. He is the most visionary entrepreneur of the century. The one who breaks habits, anticipates changes in society, constantly innovates and who embarked on the conquest of space simply dreaming of colonizing Mars! Extract 1/2.

What to do with 180 million dollars? In 2002, Elon Musk didn’t ask the question for a long time. As always, he has already prepared his future. In the year 2000, he quietly founded the company Space Exploration Technology Corp in commercial premises in the city of El Segundo, located along the Santa Monica Bay, California, just steps from the Los Angeles airport. He intends to develop a space launcher that will allow him to divide the cost of putting it into orbit by ten. Initially, he seeks to buy ballistic missiles and goes directly to the Russian space industry. He goes to Moscow to meet engineers and explain his idea to them, but leaves empty-handed under the impression that no one really believes his vision of things. A Russian company offers him a missile for 20 million dollars. Elon Musk categorically declines this offer. Since no one wants to sell what he asks for at a price he considers reasonable, he will do it himself!

The jackpot won thanks to the sale of Paypal allows you to launch your amazing project: to manufacture a launcher not only cheaper, but also reusable! When the space community is informed of the young investor’s project, it is met with general skepticism. It must be said that the domain has been reserved for two great powers since the end of the Second World War: the USA and Russia. To this duo we can add France, the real spearhead of the European Community in the conquest of space. No one among the luminaries of the space industry imagines for a second that this singular, self-assured and loudmouth entrepreneur will actually revolutionize this landscape. It must be said that the first photo of the staff of the new start-up can make you smile. It was taken in a dining room at La Fiesta Mexican restaurant in Cape Canaveral, Florida, right next to NASA’s famous launch pad. We can spot a lot of men in their thirties in jeans and T-shirts. In their midst, four mariachis in traditional Mexican dress, black pants, white shirts, large guitars and sombreros on their heads; on the left, Elon Musk holding maracas in his hands which he waves frantically as he bursts out laughing. Briefly. Who can imagine that this team is the one that, a few years later, will make SpaceX the new number 1 in the world in space?

It has to be said that if we take a closer look at this photo, we understand very quickly that Elon Musk left nothing to chance to constitute this spit of talent. First, Tom Mueller. He is one of the world’s leading experts in spacecraft propulsion. This talented engineer, eight years older than Elon Musk, will quickly become his right-hand man and essential craftsman in the creation of future SpaceX launchers. Among the other participants, we can highlight the presence of Phil Kassouf, specialist in research and development, or Hans Koenigsmann, PhD in engineering. The latter retired after more than twenty years of good and loyal service throughout 2021 and told in an interview with an American television channel what he felt when he met Elon Musk in the early 2000s: “When I arrived at SpaceX, I inherited the number 7! In fact, I was the seventh employee hired by Elon. At first I quickly realized that he didn’t know much about rockets, but I was surprised at how quickly he was able to catch up. It was really amazing to experience. He also had a global vision and dragged us into his frenetic pace of work where weekends were extremely rare! “Last character in the big picture: Chris Thompson, also a brilliant engineer, who will participate in the emergence of SpaceX even if, fifteen years later, his name will fuel controversy on social media without him being responsible for it. In fact, a journalist would have attached to him the mention of co-founder of SpaceX in a report. Elon Musk’s response was immediate and unadorned: “Being one of SpaceX’s first employees does not absolutely make you a co-founder of the company I founded on May 6, 2002.”

During this period, as if this new company were not enough for him, Elon Musk decided to become very interested in a start-up he firmly believed in: Tesla. It was created in early 2003 and you have to open the door of Buck’s restaurant in Woodside again to delve into this particular birth. Indeed, this is where Martin Eberhard told us about Tesla’s genesis with a smile in his voice. After the divorce and to restore some morale, Martin Eberhard decides to buy a sports car. He then goes to a dealership of a famous German car brand, but when he sees the prices, he turns around and changes his mind. He then considered an alternative: an electric car. Because this trained engineer is also an imaginative entrepreneur. Realizing that no American manufacturer is interested in the electric car, he tells himself that he is going to engage in this uncompetitive sector that is coming his way: “You are completely crazy! retorts his best friend and partner, Marc Tarpenning, who nevertheless agrees to embark on the adventure with him.

The start-up Tesla is officially launched from the restaurant of Jamis MacNiven who, running his fingers through his long white beard in front of the television crew of an American channel, recalls this precise moment: “It happened around table 40! Tesla was literally founded in my house because I say a foundation is real when the money comes to the table! That’s exactly what happened with Martin and Marc. Elon likes to say he’s a founder, but in this case it’s not him, he wasn’t there. He took Tesla to the top but didn’t find him! I talked about it at Buck’s, where he comes back from time to time. He is truly an industry titan who will be remembered for a long time. »

Martin Eberhard takes up the concept that the duo launched in 2003 in an interview given to the information website Temps.com in 2020: “We assume that a new technology is neither economical nor accessible. It was the same with flat screen TVs. New technologies are born in the premium segment, and only then are they imposed in mass production. As an electrical engineer, I knew how to build a car that would insulate all others.

That’s why the first Tesla was an expensive sports car. And it worked. The Tesla Roadster changed the perception of the electric car around the world. In addition, we use technologies that have never been used for cars before. Nobody had chosen lithium-ion batteries in this area. We launched something sustainable. »

Elon Musk is certainly not the founder of Tesla, but he has been interested in the electric car for a few years now. In 2000, he discovered the incredible Tzero, developed by the American company AC Propulsion, as he verbally recalls in a podcast that chronicles his beginnings in the world of electric cars. It is a bright yellow colored vehicle with a scarlet red dashboard and a red seat as well. The prototype does not leave Elon Musk indifferent but the sports car, certainly electric, is not at all ready to be marketed. It has many imperfections and safety on board is far from guaranteed. Elon Musk hesitates to invest in this manufacturer when he hears about Tesla’s existence.

He immediately saw the potential of this start-up. He asks his founders to clearly explain their project to him. That day, in SpaceX’s spartan offices, they are accompanied by Ian Wright, an engineer in charge of providing a detailed technical view of the electric car envisioned by the start-up. Like rockets, Elon Musk wants to learn about this subject that fascinates him. Since he already runs SpaceX and the company, although in its infancy it largely occupies his days, he “simply” offers them to invest in engineering the car during his spare time, i.e. twenty to thirty hours a week. . Surprised but enticed, Tesla’s creators accept this original deal. After all, they know that they have Elon Musk ahead of them and that nothing is done with him as with others. But very quickly a leadership problem arises to run the company, and Elon Musk offers himself for the position of chairman of the board of directors. Martin Eberhard runs the company he co-founded. As for Ian Wright, he understood that there was no place for him and left the company in 2004. That same year, Elon Musk decided to invest 6.3 million dollars in Tesla’s capital and definitively became the big boss, with a big project: build GigaFactory 1 from scratch, which will manufacture lithium-ion batteries in 180,000 m2. The location chosen for this plant, which will be shaped like a gigantic L, with white walls topped by a spectacular red stripe, is 35 kilometers from Reno, Nevada, almost in the middle of the desert.

Tesla and SpaceX. Elon Musk is ready to lead two industrial adventures that are sure to make him a legend, even if everything doesn’t go his way, whether on asphalt or in space. On a personal level, he’s also gearing up for big changes. Since his marriage to Justine Wilson in 2000, Elon has been living perfect love in his big, beautiful home. The two thirty-somethings who figure among Silicon Valley’s elite rich and famous couples regularly appear on the front page of popular magazines that tell the dream life of this couple for whom everything seems to be going right. In 2002, Justine and Elon Musk, however, live a terrible tragedy. Ten weeks after the birth of their first child, Nevada Alexander, the baby died of Sudden Infant Death Syndrome. 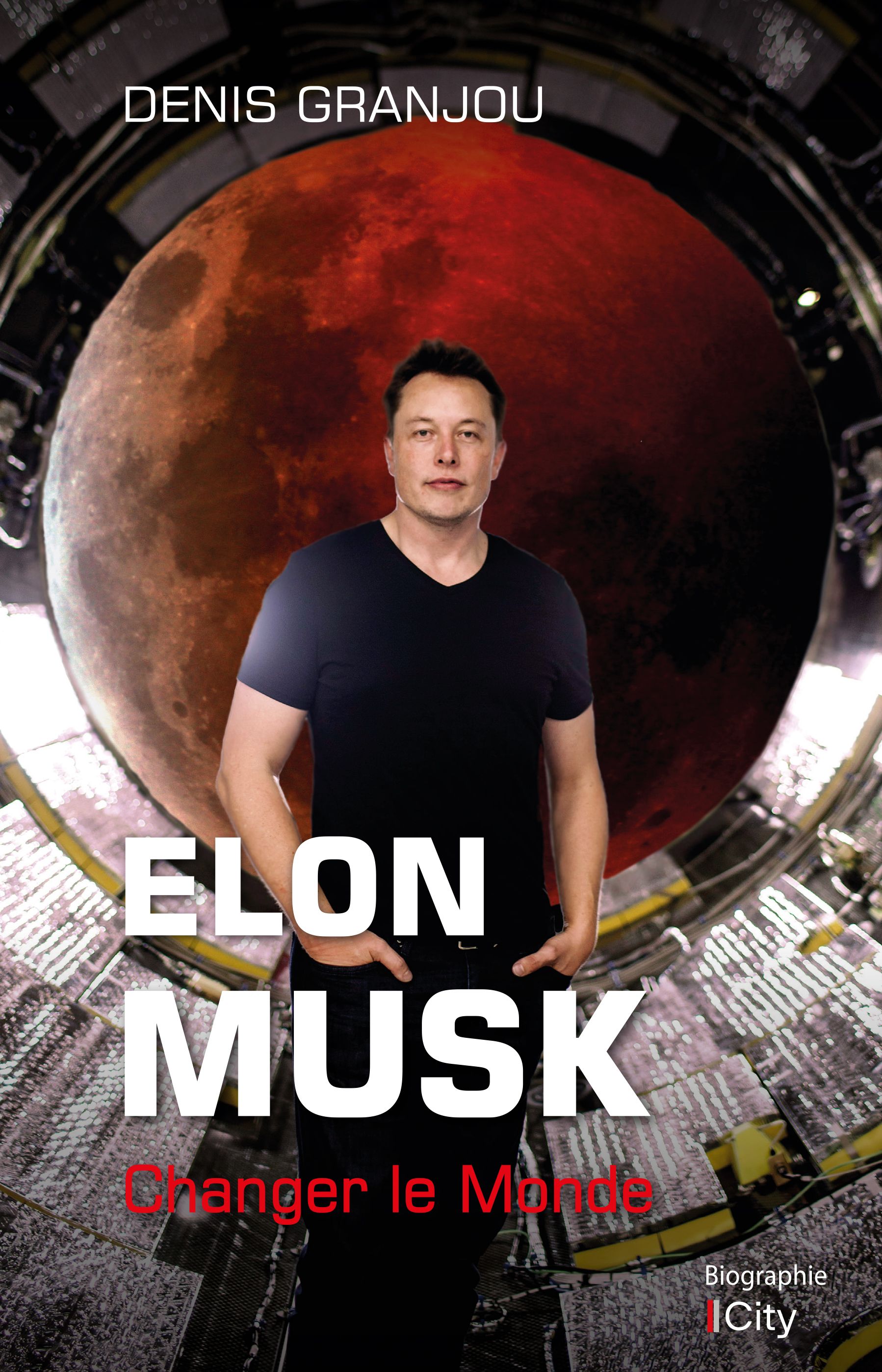