“We are now in a second context of crisis,” says Sébastien Thomas, president of the Chamber of Crafts and Trades in Nièvre.

Many companies have been hit hard by rising raw material costs since the start of the conflict in Ukraine. “La Nièvre is not in a very different situation from other departments,” notes Laurent Pot, director of business and territory support at the Nièvre Chamber of Commerce and Industry. The observation is national. Prices of imported raw materials (excluding energy) increased by 9.3% in March compared to February, according to INSEE.

For the time being, “there is no great shortage”, reassures Laurent Piot, but a “scarcity” of raw materials. “Costs are skyrocketing and importers don’t want to buy at that price. It’s just a question of money”, explains Sébastien Thomas. In addition, companies face uncertainties regarding the availability of materials, supply difficulties and explosion in production costs.

The international context also increased energy prices (gas, electricity, oil). The purchase of gas in Europe has increased by 60% since the beginning of the conflict in Ukraine. A phenomenon that has direct consequences on activities that need to heat up their production (automotive, agri-food, rubber, viticulture, etc.)

An explosion in energy costs

The increase in fuel strongly affects transport companies, and “the construction companies that have public works machinery”, specifies the director of support for companies. With regard to electricity, companies are penalized according to contracts negotiated with suppliers. “For those who traded them before the conflict, the prices are guaranteed. »

Another difficulty is exporting. “Some companies (viticulture, mechanical equipment manufacturers) exported to Ukraine or Russia. They must now find alternative outlets,” adds Laurent Pot. The resilience plan implemented by the State supports them in the search for other export areas.

All these difficulties are reflected in the price of products or services. “Companies have a dilemma: losing customers or losing margins”, sums up Sébastien Thomas. Faced with the discomfort of some businessmen, the Nièvre Chamber of Crafts and Crafts provides listening and support units.

“Where it’s tight is paper,” says Nicolas Nogier, director of Sopadec in Nevers.
The price of pulp rose by 40%. Some finished products, such as small boxes, went from €1.06 including tax to €1.42 including tax. An increase of almost 34% in one year. “I have been tense since Covid. The war in Ukraine maintains that tension. All products took at least 15%. Do not stop. »

In addition, the company must face a slowdown in deliveries. “For customizations, delivery times have doubled. We went from two to four to six months of production”, he adds.

To honor all orders and avoid shortages, Nicolas Nogier has multiplied suppliers and lives off his stock. “We are overcrowding. And we try to absorb the increases so as not to lose customers. » 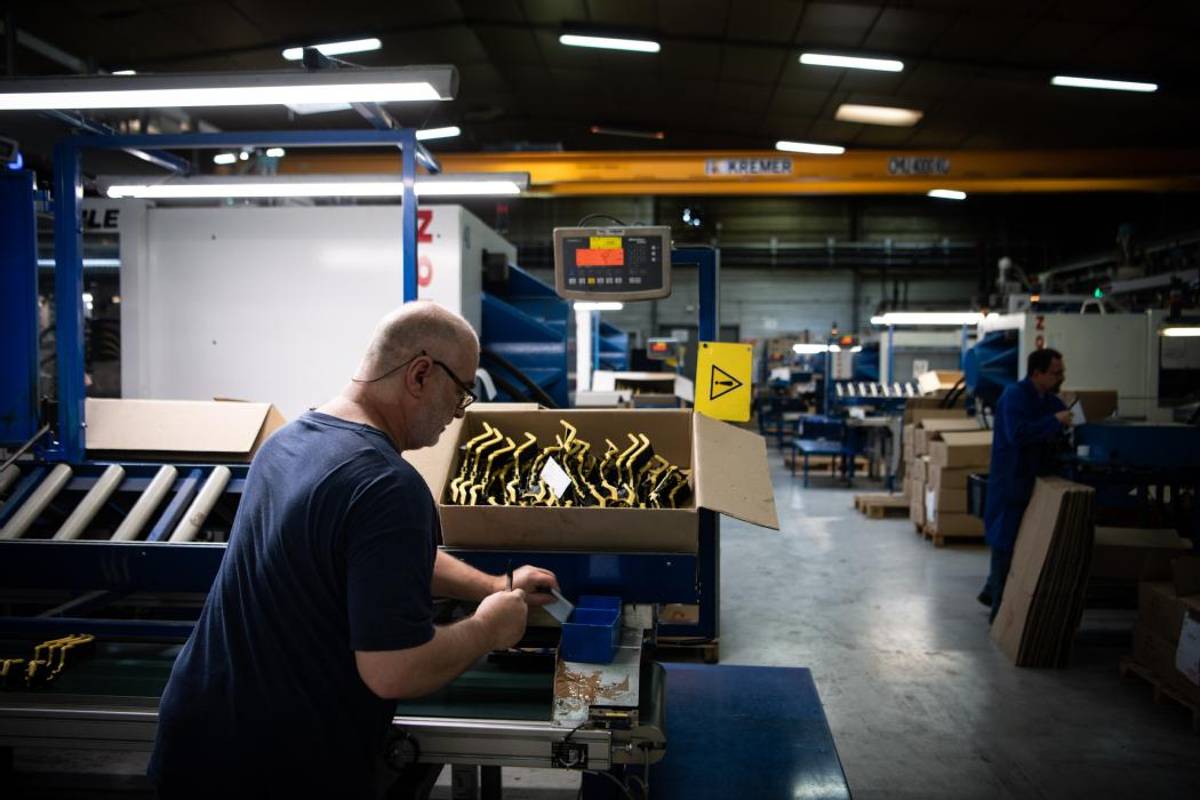 “Plastic, we buy it at a price of gold”. The Cégéplast factory in Nevers orders around 500 tonnes of plastic materials a year. “The price of nylon has doubled in one year from €3 to €6 per kg,” notes Gilles Charpin, CEO.

Delivery times have increased from four to more than twelve weeks. “We ordered in larger volumes, we adjusted the safety stock. We try to anticipate, without visibility,” she explains.

An additional difficulty while the car market is unstable. “There is a shortage of electrical harnesses produced in Ukraine. » Industries that do not have harnesses are canceling orders for other plastic components. 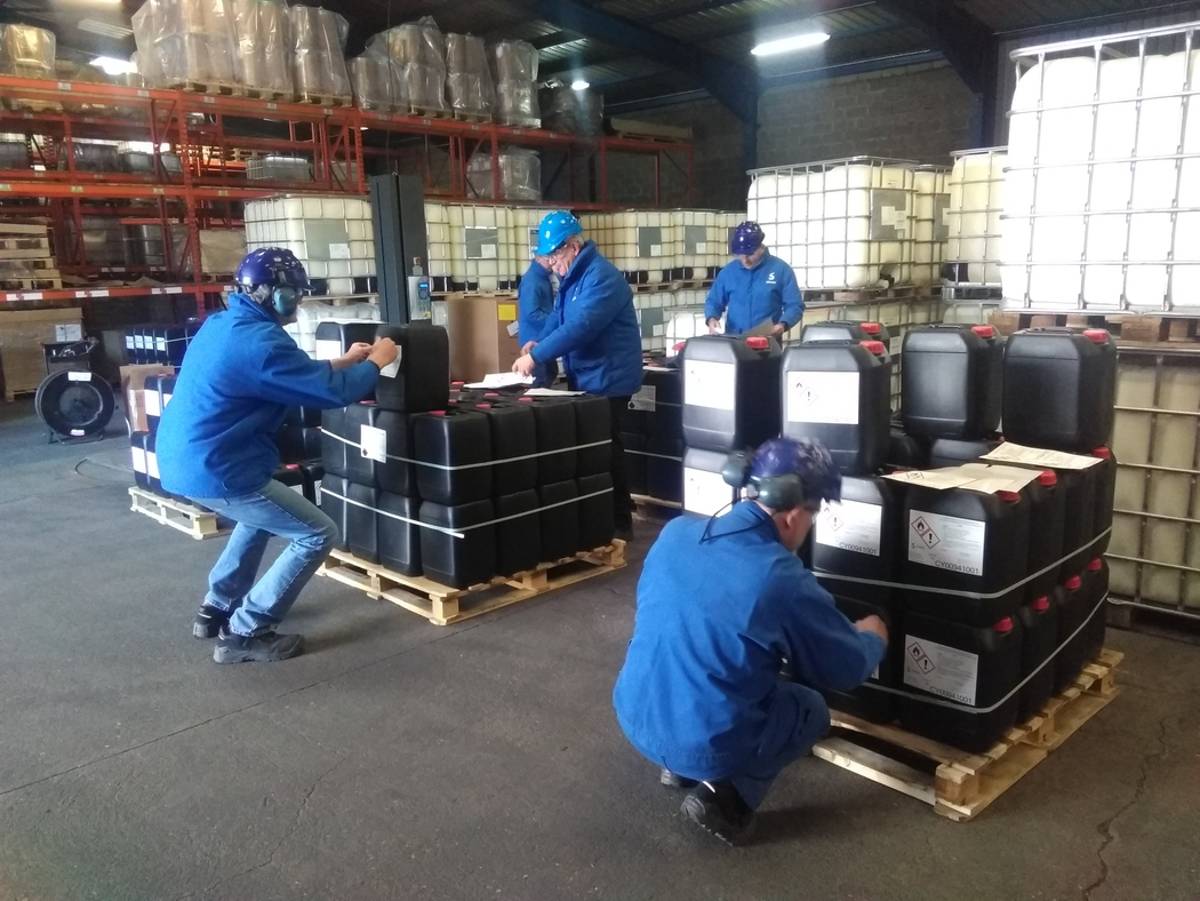 Solvay’s plant in Clamecy is a chemical production site. 80% of the products are exported outside France. The war in Ukraine therefore has serious logistical consequences.

First, the availability of truck drivers is less important. “In Germany, with whom we work a lot, many drivers are Ukrainians. They left the post to fight”, explains Hassan El Basri, the director. The increase in the price of oil reduces the supply of available boats and sea lanes are blocked. “We are trying to find other ways of transporting products, such as rail. »

In addition, in an attempt to compensate for the increase in gas prices, sales prices have increased. Hassan El Basri wonders: “How long will our customers accept these increases? »

gentlemen on the move 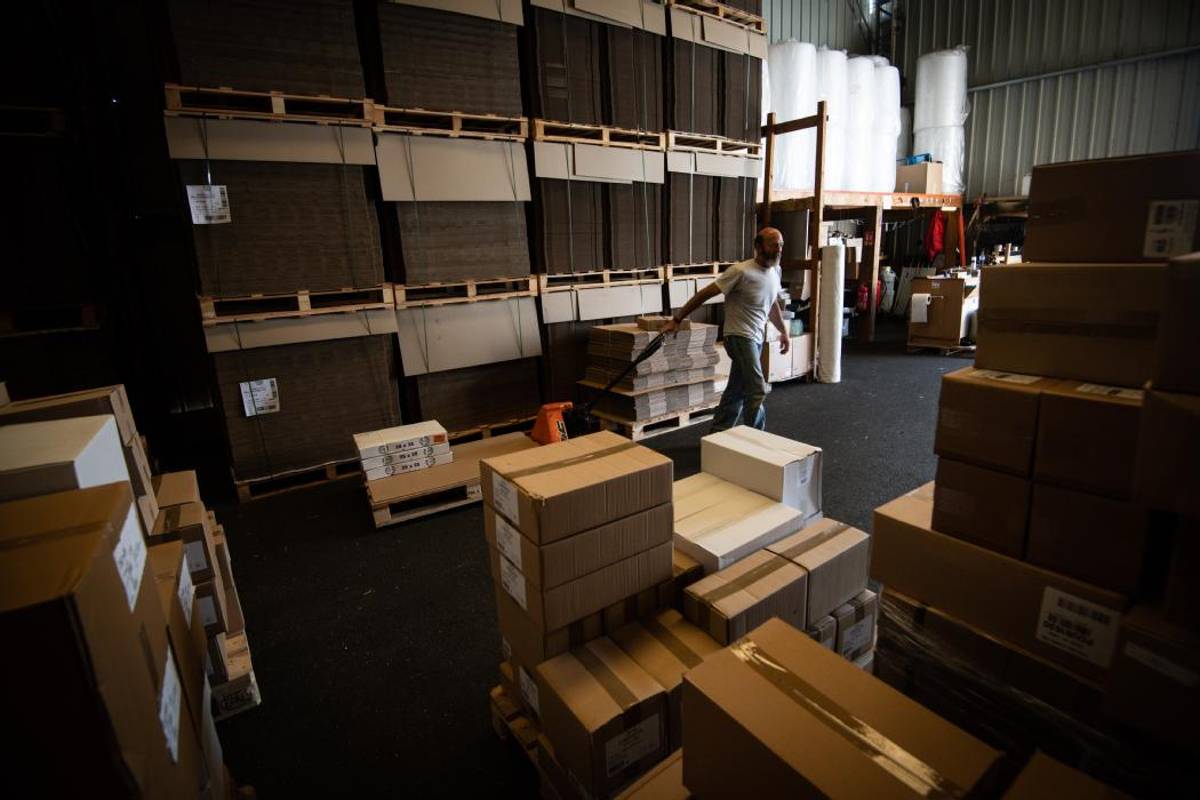 The Sopadec company in Nevers is affected by the same phenomenon. Photo Pierre Destrade

Moving machines are among the most affected by the increase in packaging prices. “They have taken 20% off since July 2021,” worries Pascal André, manager of the Gentlemen of Change in Nevers, Cosne and Bourges.

“For quotations, we get in touch with two or three suppliers to make the boxes with the best price”, he says. But price variation is difficult to control. “Our quotes are only valid for one month. Prices can no longer be guaranteed. »

The company adapts its services to the customers’ budget. “In order not to suffer too much from the increase, the client will have to help with the change. » 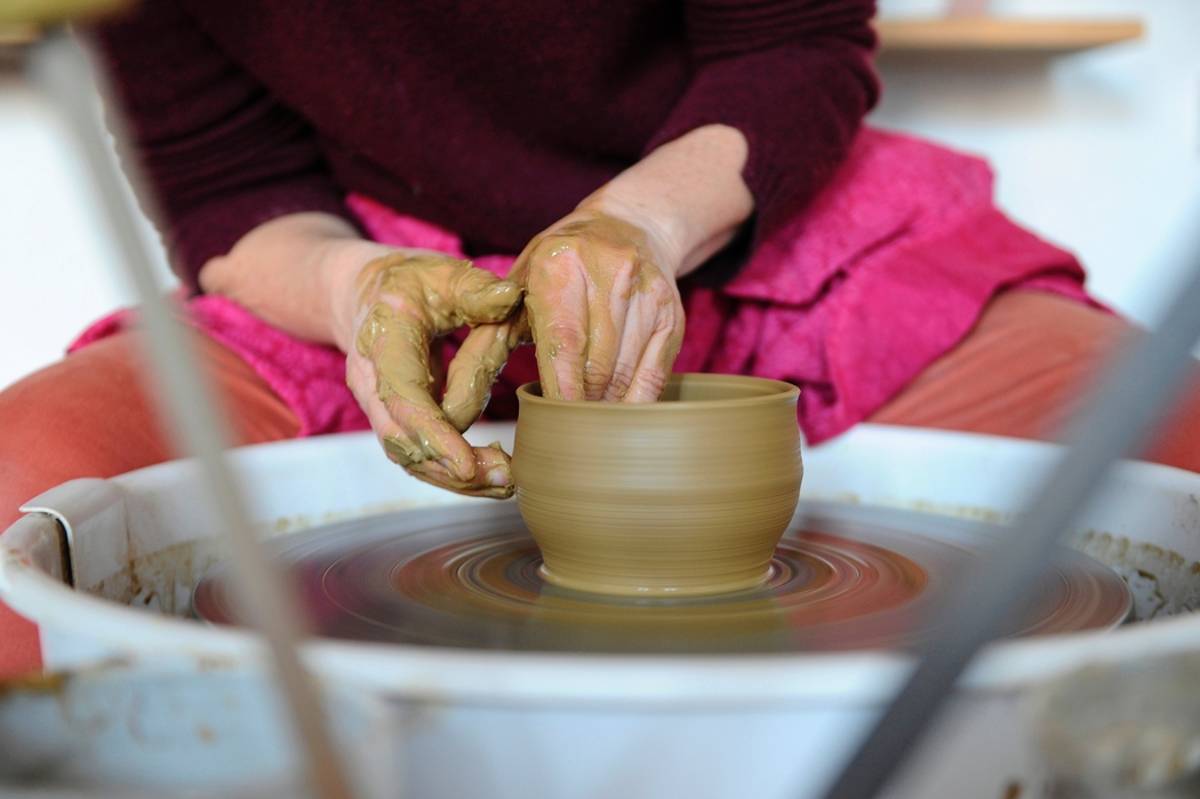 Nicolas Machetel, a potter from Tresnay, is unaffected by the rising price of clay at the moment. “I had ordered six tons in advance. »

The craftsman makes terracotta ventilation grids, then glues mosquito nets against insects and rodents. “There are metal supply problems. I placed the order in January, it should arrive in a month,” he explains. He can also rely on your actions.

Your difficulty lies in the malfunction of an oven resistor. “I recommended one, but the supplier can’t give me a deadline.”
While waiting for the piece, Nicolas Machetel maintains his activity with another small oven, “but it’s not the same yield! » 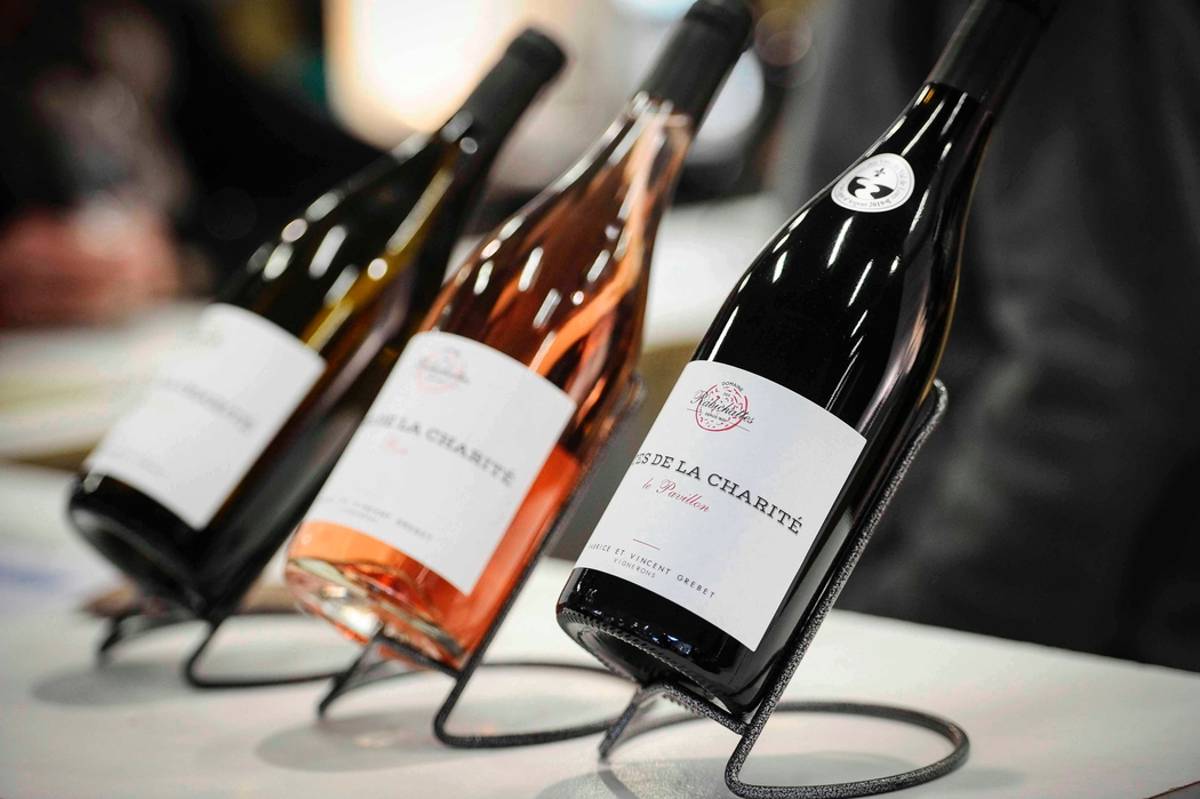 Winegrowers are facing a glass crisis. “There were already social tensions in the glassworks. The closure of factories in Ukraine creates additional tensions,” summarizes Katia Mauroy, president of the Pouilly wine union.

Again, rising energy prices, production costs and increased lead times (six months for custom capsules). Some references, such as lightweight bottles, are no longer manufactured. “They go for the simplest,” she justifies.

Concerned, the winegrowers of Nivernais anticipate and “exaggerate”. “Loyal customers come first. We guarantee that everyone is delivered in relation to what they produced”, guarantees Fátima Briffaut, commercial assistant at Verreries de Bourgogne.

Bottling is lagging behind, deliveries to customers are too. “There is wine in the vats. You have to be able to empty it before harvesting! “, sighs Katia Mauroy.