It is a very strange phenomenon that was witnessed by many morning witnesses from western and central France on January 16, 2022 at around 06:28 (French local time). A long luminous spindle moving slowly across the sky as it breaks into several pieces. Like a huge shooting star very luminous (scientifically called a fireball*), but much slower and different in appearance, as underlined by the descriptions made by the witnesses who reported their sighting through the online sighting form (Figure 1).

A “very impressive to behold” object…

And for good reason! This meteor-like phenomenon was not one.

…but an artificial phenomenon!

A shooting star, or meteor**, is the luminous phenomenon associated with the entry at very high speed (between 12 and 72 km/s) of interplanetary dust into the Earth’s atmosphere. The more massive and faster they are, the more luminous they are, which can give rise to what is scientifically called a bolide*.

The object observed on January 16, 2022 was also associated with the atmospheric entry of an object, but as observers witness, it appeared slower than a classical meteor. For an object to be slower, it must be in orbit around the Earth. And the almost exclusivity of objects in orbit around the Earth (but not all, since the Moon is one of them) are objects… artificial! In this case, the object that entered the atmosphere this morning is a satellite of the Starlink constellation, numbered 2287. This constellation (created by the American company SpaceX), today has more than 1,900 satellites in which they are launched in bursts (34 launches today) of approximately 60 satellites by Falcon launchers (again from SpaceX). It caused an uproar in the specialized media, but also in the general public due to the large number of satellites to be deployed (more than 40,000!), in addition to physical pollution (more than 180 satellites launched recently are already out of service ). service) and visual (for astronomers) it generates.

Starlink-2287 (NORAD=48035, International ID=2021-024BL) failed almost immediately after being launched (along with 59 other Starlink satellites) by a Falcon 9, on March 24, 2021 (08:28 UT) from Cape Canaveral. The trail of newly launched satellites could be filmed by Olivier Staiger from the Alps the next day (March 25, 2021, see video above): between this trail of small bright spots, which are all Starlink satellites launched at the same time and not yet dispersed, is Starlink-2287, potentially the one that gets very bright (satellite flare) during recording (visible at 0:34 and 1:34 in the video), a sign that the satellite is out of control and spinning.

The latter, therefore, entered the atmosphere less than a year after its release, giving a visible spectacle to the happy early risers of western France! This low life expectancy is a source of space hazards for satellites orbiting the Earth (since the failed satellite is out of control) and reveals the unreliability of these objects launched in large numbers for the sole purpose of providing Internet to bandwidth. widespread everywhere on Earth (Table 1). What is becoming a growing concern for astronomers around the world, whose images are bursts of light trails associated with the multiplicity of these small satellites: a light and space pollution that will not spare any region of the globe and from which we will no longer be able to escape. . 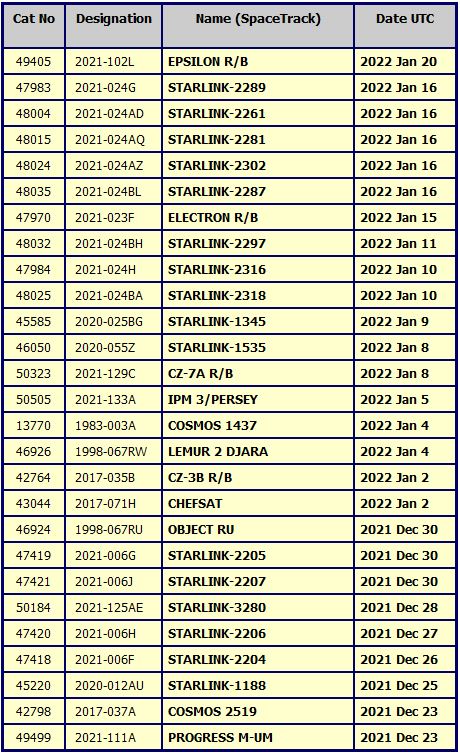 Table 1- List of atmospheric reentry of space debris during the last 30 days. Of the 27 re-entries, 16 are Starlink satellites that have failed and gone out of control, i.e. almost 60% of current re-entries, while these satellites started launching in May 2019. Credit: zarya.info 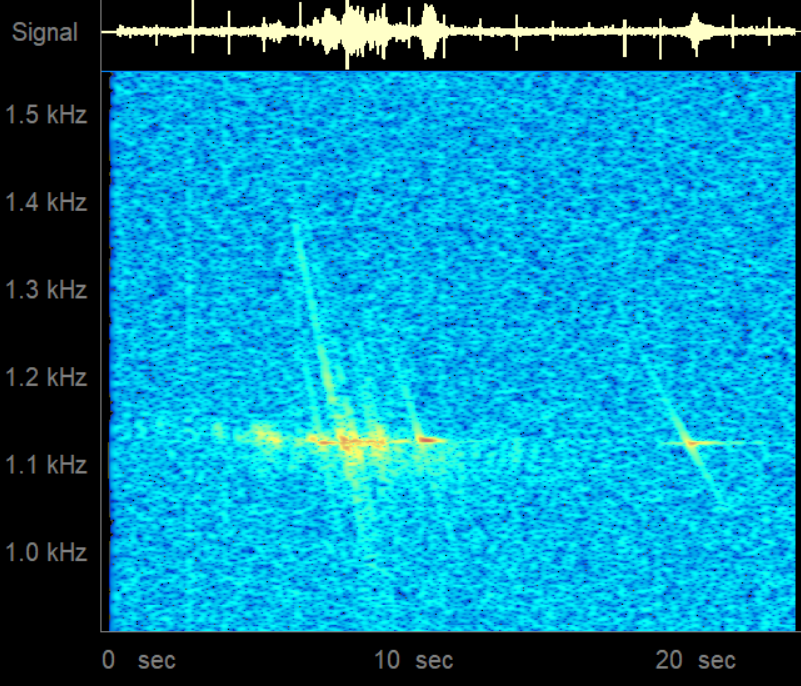 Figure 2- Recording of radio reflections from the Belgian transmitter BRAMS (49.97 MHz, at Dourbes) on the Starlink-1204 satellite and its debris during its atmospheric entry, on January 21, 2022, around 13:21 UT, by Johan Coussens (VVS, Harelbeke). Credit: VVS, Johan Coussens

Figure 3- Recording of radio reflections from the Ypres transmitter (49.97 MHz) on the Starlink-1204 satellite and its debris during its atmospheric entry, on January 21, 2022, around 1:21 pm UT, by Willy Camps (VVS , Tessenderlo). Credit: VVS, Willy Camps

* one race car is a very bright meteor** (synonymous with shooting star). A bolide is generally designated as any meteor brighter than the planet Venus (the brightest star in the sky after the Sun and Moon)

***one meteoroid it is a small particle a few millimeters to a few tens of centimeters in diameter that moves through space. It is she who gives birth to the meteor if it is lucky enough to enter the Earth’s atmosphere. If the meteoroid is massive enough, part of the object can resist this entry into the atmosphere and give rise to a meteorite****

****one meteorite is the rocky or metallic pebble found on earth, when part of a sufficiently massive meteoroid managed to cross the atmosphere and hit the ground