A 24th Challenge OSEntreprendre Lanaudière under the sign of creativity

©Pierre Bellemare – The Action of Autray

Honorary president of the regional event, Pascale Coutu is overseen by Christian Goulet, mayor of the MRC de D’Autray and mayor of Lavaltrie, and Jean-François Dupuis, general manager of Lanaudière Économique.

Innovative and creative projects, such as a strong entrepreneurial community looking to take a bite out of the economic recovery, particularly marked the regional final of the OSEntreprendre Lanaudière Challenge. Over $33,000 in scholarships have been awarded.

In the “School”, “Business Creation”, “Success Inc.” and “Doing business together”, no less than 18 winning projects stood out for their entrepreneurial spirit, creativity and values. They now move on to the final phase, the national final of the OSEntreprendre Challenge, which will take place next June.

Adding to the special awards offered thanks to the collaboration of several national and regional partners, more than US$33,000 was awarded in grants for new entrepreneurs, established entrepreneurs and students.

For Pascale Coutu, co-owner of La Courgerie de Sainte-Élisabeth and honorary president of the event, the Challenge positively influences the participants’ journey. “Whether it was my participation in the creation of my business or when I had the chance to find myself among the finalists in the “Success Inc.” category, I have always benefited positively from my experiences at Défi. OSEntreprendre, meetings and reflections have excited them,” she said. .

Two schools and three companies from the RMC of D’Autray were the winners.

The Youville School in Mandeville was selected for the “Cherche et find!” project. of the 2nd primary cycle. Many lost items have been managed there to allow everyone to find their belongings faster. The project “Collective Text-Île Clothes” was awarded at the Center for Vocational Training and Adult Education Saint-Gabriel. Once a week, students and teachers changed clothes they no longer wore. A US$500 grant was awarded for each project.

La Petite Ferme Florale de Lavaltrie was the winner (US$1,000 donation) in the “Operation, Transformation, Production” category of the “Business Creation” section. He grows different varieties of flowers to supply Quebec’s florists instead of seeing them resort to imported flowers. Lavaltrie’s O’Clair Environnement received a $5,000 grant for the “Doing Business Together” component. The company has developed an epidemiological platform to detect the COVID-19 virus in wastewater. This tool was selected by the National Institute of Public Health of Quebec (INSPQ).

For the “Success Inc.” component, the choice fell on Hélio de Lavaltrie. A $7,500 grant was awarded to the company that was named a provincial winner five years ago. She can apply again. Manufactures innovative, durable and eco-friendly ultra-light trailers (under 1500 lbs). “Even after five years, it continues,” noted Jean-Roch Lacroix, one of the three shareholders, referring to the company’s significant growth. “It’s a nice pat on the back,” added his colleague Marco Leblanc. Jérémy Leblanc is the other shareholder. 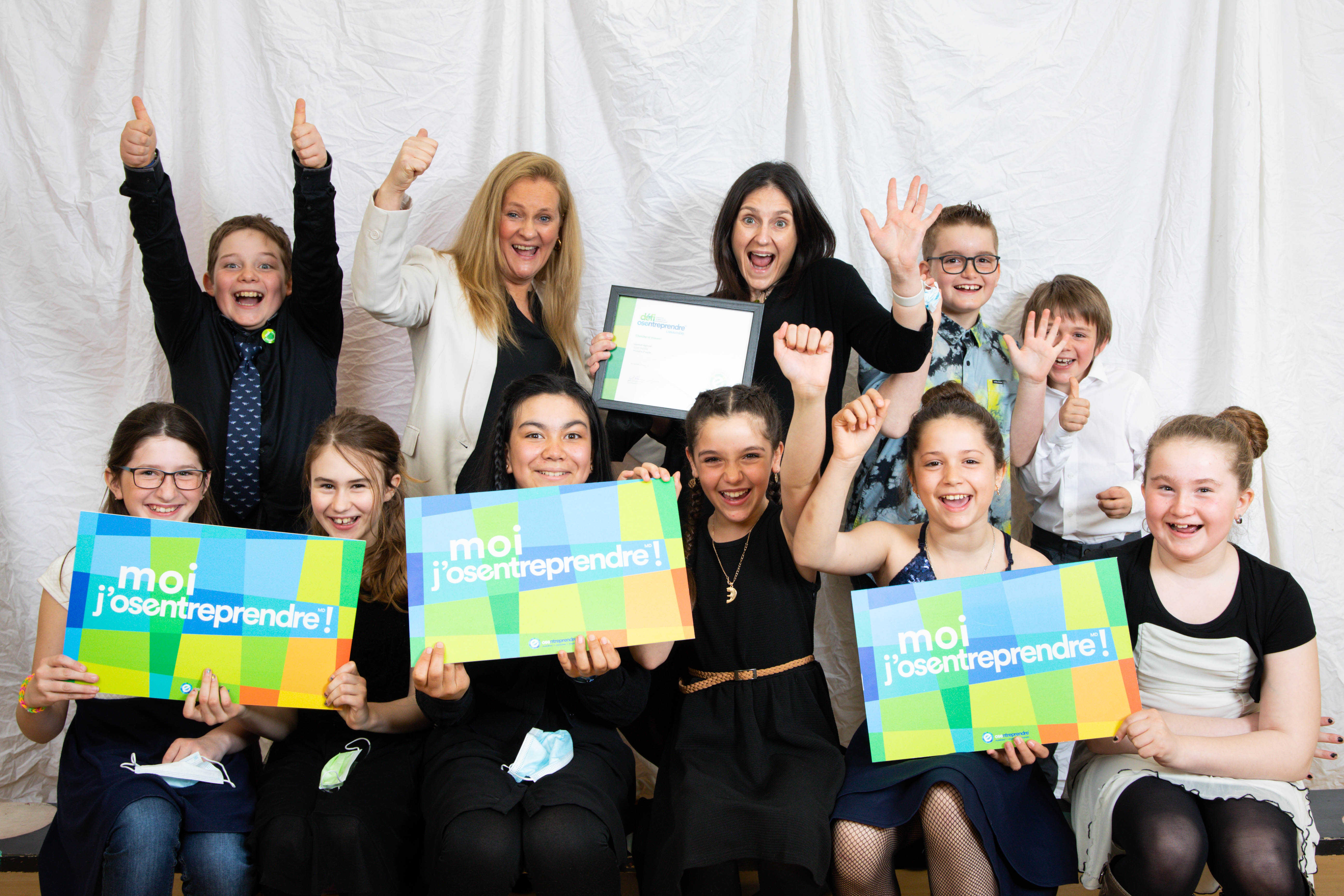 The “Search and Find!” project from the Youville school in Mandeville was the winner of the “School” component in the “Primary 2nd cycle” category. 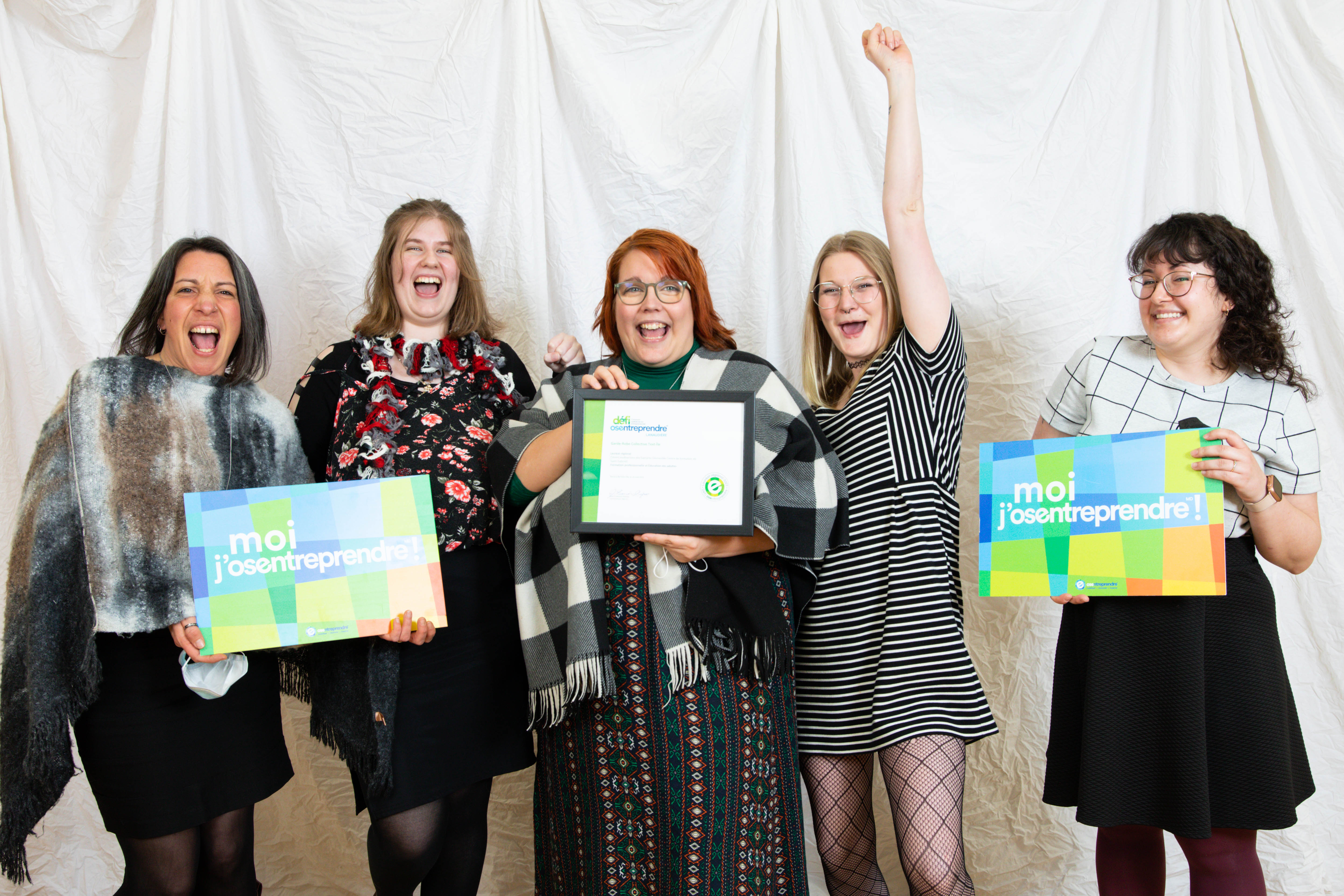 The “Text-Île collective wardrobe” project by the Saint-Gabriel Vocational Training and Adult Education Center was awarded in the “Vocational training and adult education” category in the “School” section. 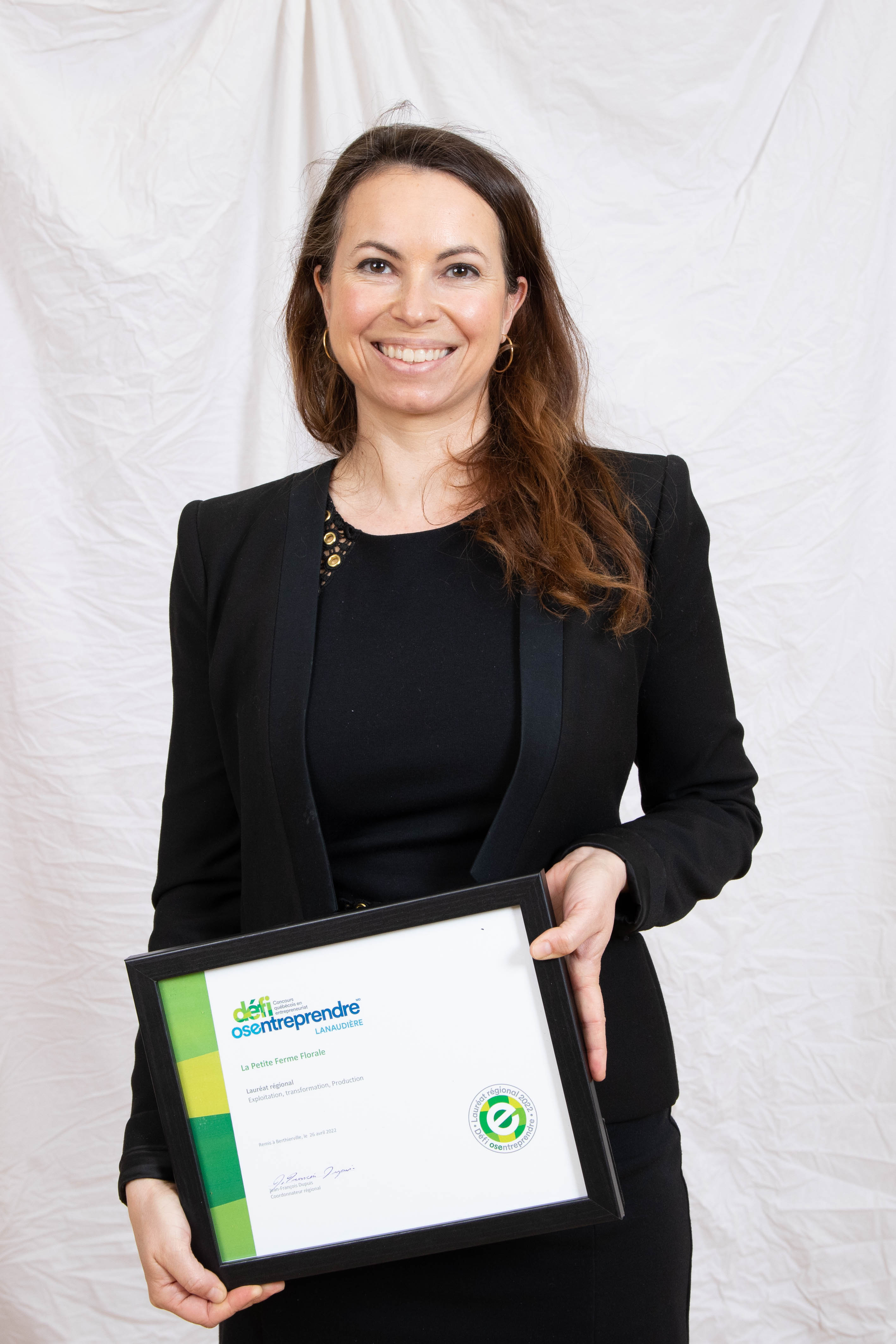 La Petite Ferme Florale by Lavaltrie won in the “Operation, transformation, production” category in the “Business creation” section. Marie-Odile Gauvreau, a partner in the company, received the certificate. 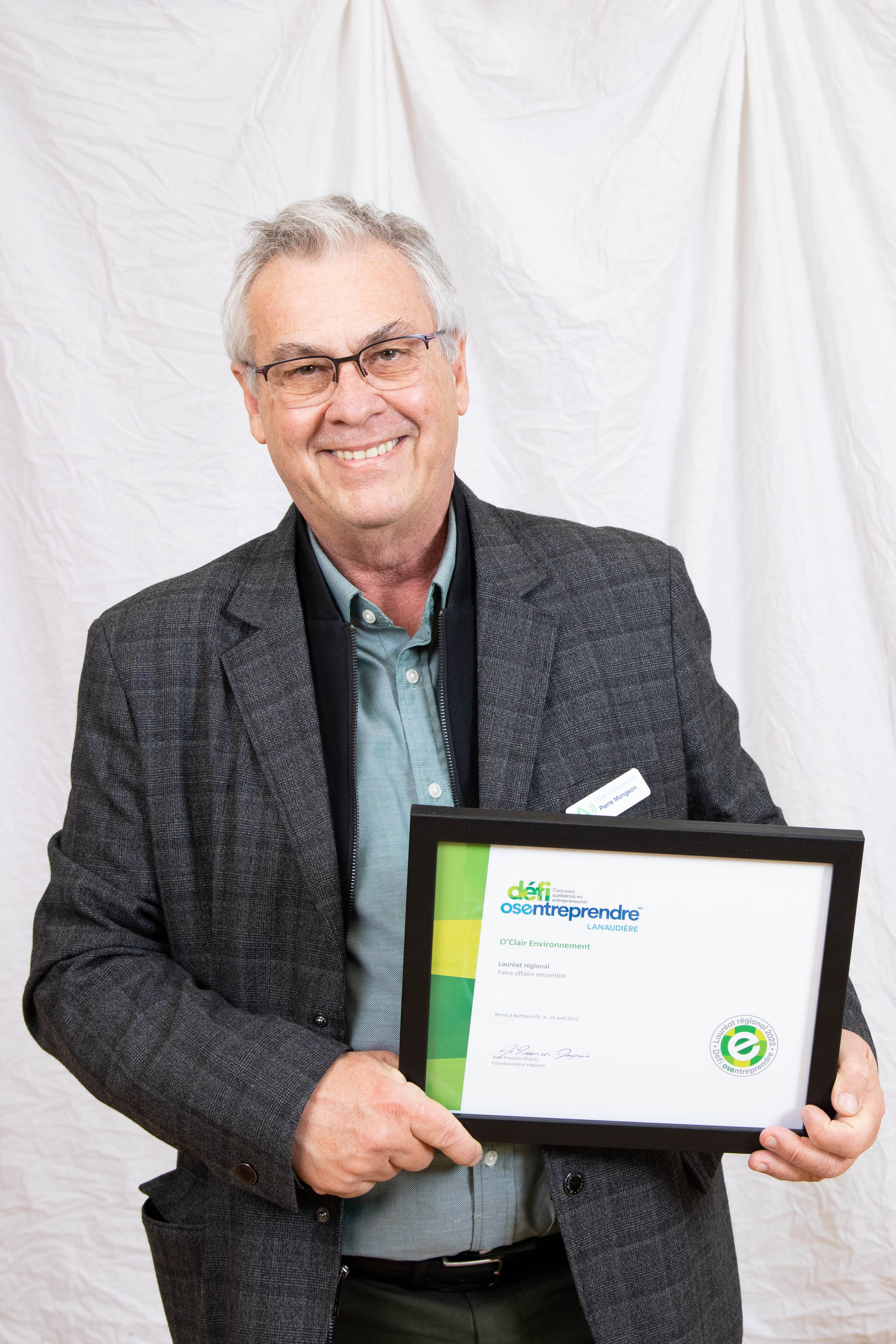 The Clair Environnement received the award in the “Doing business together” section. The certificate was given to Pierre Mongeon. 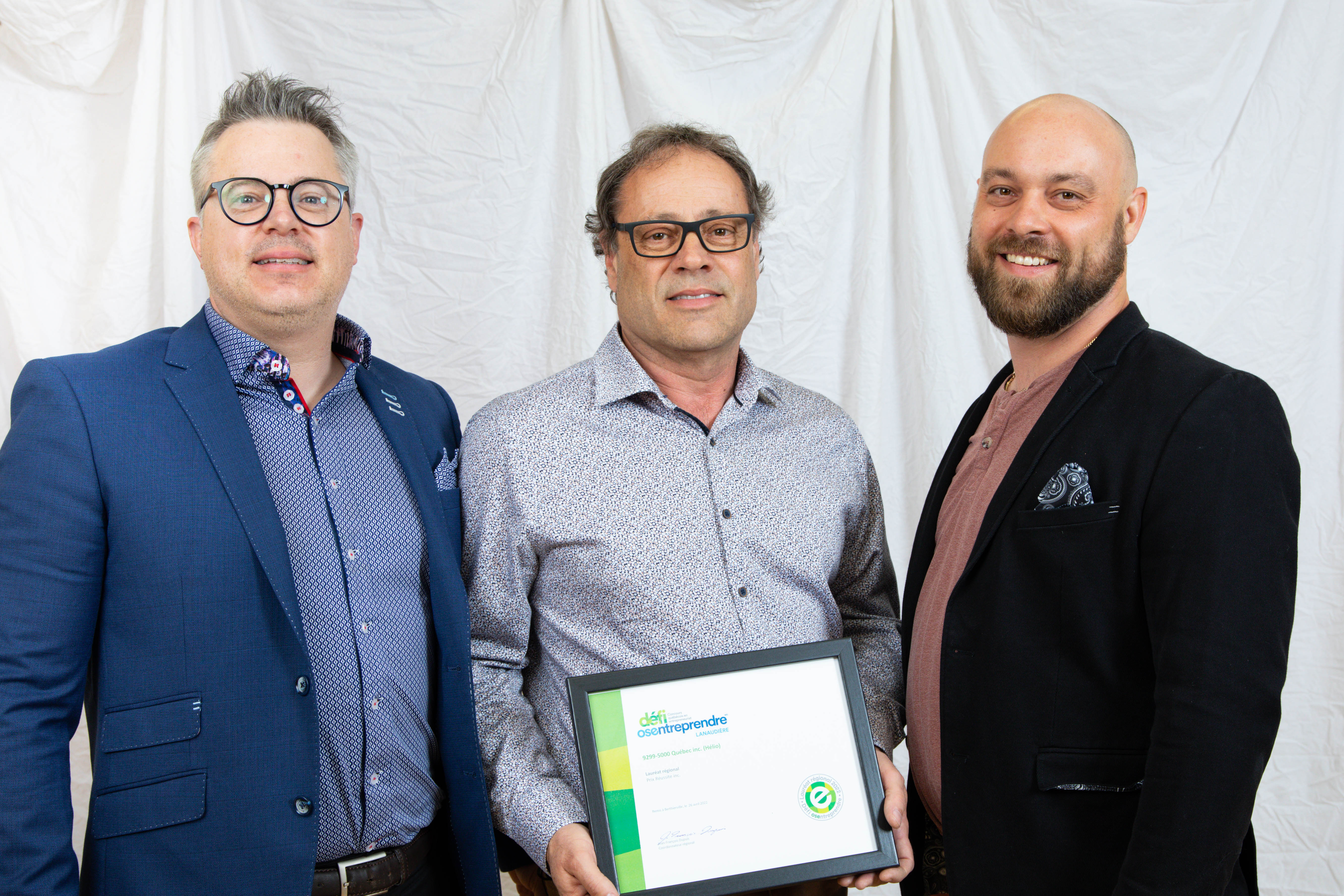 Hélio was the winner in the “Success” component. Jean-Roch Lacroix, Marco Leblanc and Jérémy Leblanc, the three co-owners, received the certificate.